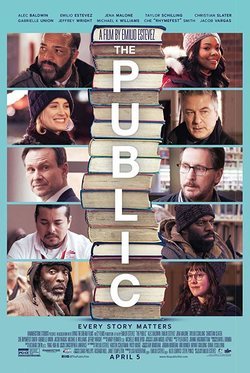 'The Public' follows Stuart Goodson (Emilio Estevez, 'The Breakfast Club', 'Bobby'), a librarian working in a public library in Cincinnati which acts as an unofficial daytime refuge for the city's homeless who rely on the building for warmth and access to bathrooms. When a particularly severe cold snap hits the city, two homeless people die due to the weather conditions. One night, many of the local homeless citizens, led by Jackson (Michael Kenneth Williams, 'When They See Us', 'The Wire'), decide to stay in the library past closing time both for survival's sake and to make a point to the local government, who have filled up the city's homeless shelters to full capacity. Stuart decides to stand with them, and convinces the young and liberal librarian Myra (Jena Malone, 'The Neon Demon', 'Nocturnal Animals') to do so with him. What starts out as a non-violent protest, however, becomes more tense as the local police attempts to get them to give up their stand. As local politician Josh Davis (Christian Slater, 'Mr. Robot', 'Dirty John') prods police negotiator Detective Bill Ramstead (Alec Baldwin, 'Will & Grace', 'Before You Know It') to force the protestors out, the cry for emergency refuge for the homeless grows ever stronger in their fight for survival and humanitarianism. 'The Public' is written and directed by Emilio Estevez. 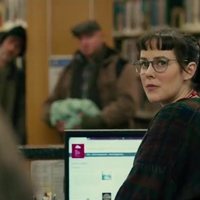 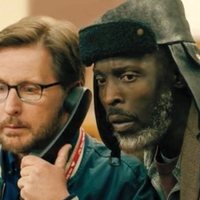 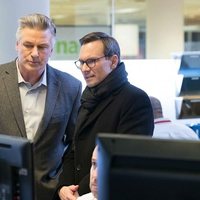 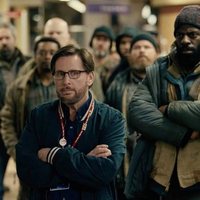 ?
Write your own 'The Public' review.