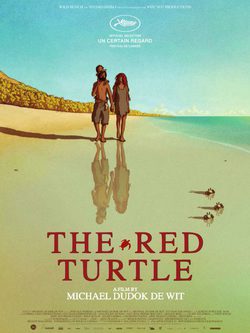 'The Red Turtle' is the first international co-production of the acclaimed Japanese animation studio, Studio Ghibli, along with Wild Bunch and Arte France. Directed by acclaimed Dutch filmmaker Michael Dudok de Wit ('Father and Daughter') and produced no dialogue, it tells the story of a castaway who ends in a deserted tropical island. Abandoned to his fate and away the world, he survives as he can. One day sailing with his raft, he encounters a strange red turtle, which turns out to be a beautiful maiden with the protagonist cease finally to live in solitude. A beautiful and lyrical metaphor about the different ages of life of people, shown from the feelings that cause soft and elegant animation along with the sounds of the ocean. Special Jury Prize in the Un Certain Regard section of the 69th Cannes Film Festival and shown in the Pearls section of the 64th San Sebastian Festival. Hide full plot... Show full plot 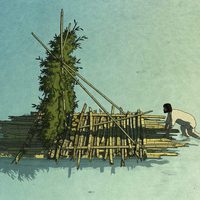 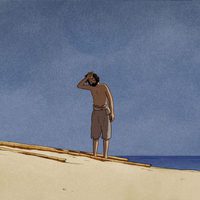 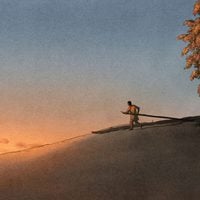 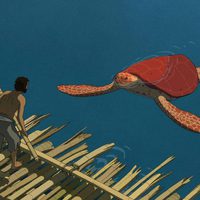 ?
Write your own 'The Red Turtle' review.

This is the first Studio Ghibli movie to be coproduced with another country. DutchMichaël Dudok de Wit, director of 'The Red Turtle', won an Oscar in 2000 for the best animated short for 'Father and Daughter'. It was Isao Takahata, one of the founders of Studio Ghibli, who convinced Michaël Dudok de Wit to direct his first feature film. So said the Dutch director during an interview during the promotion of the film at the Cannes Film Festival.