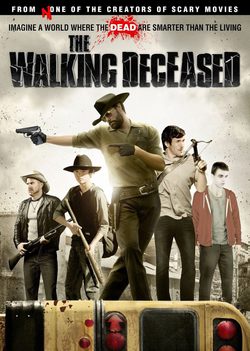 The most unexpected day, a US police agent wakes up in a hospital and discovers that the outside world has been a zombie apocalypse. Hordes and hordes of undead plaguing all the city, and the survival of the human race depend on the decisions of this madcap man. The inexperienced agent then binds to a particular group of patrolmen who will try to help carry out its mission. And it is that the protagonist must face zombies while searching for his family. As if that were not enough, the undead seem to have wiped out everything in its path, even with two of the most precious asset of humanity: Facebook and Twitter ... Directed by Scott Dow and starring Tim Ogletree, Joey Oglesby and Troy Ogletree.

?
Write your own 'The Walking Deceased' review.