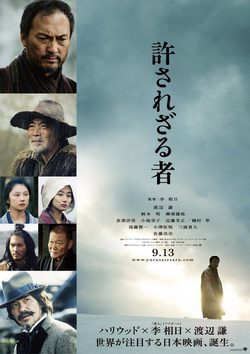 For the first time in Japanese cinematic history, an American Academy Award is coming to life. Released worldwide in 1992, Unforgiven, starring and directed by Clint Eastwood, was hailed by critics as a cinematic masterpiece. It was nominated for nine Oscars and bought home four, including Best Picture and Best Director. Inspired by the film, Korean-Japanese filmmaker Lee Sang-il presents Yurusarezarumono, a story set in Japan, during the same period as the original film, with globally renowned Japanese actor Ken Watanabe in the lead role.

?
Write your own 'Unforgiven' review.