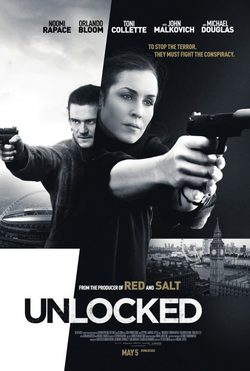 A CIA interrogator is lured into a ruse that puts London at risk of a biological attack. Directed by Michael Apted ('Gorillas in the Mist: The Story of Dian Fossey') and stared by Noomi Rapace ('Prometheus') and Orlando Bloom ('Pirates of the Caribbean'). 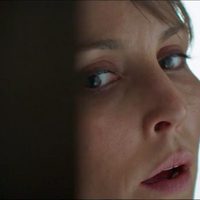 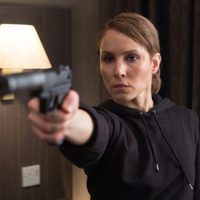 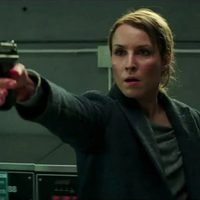 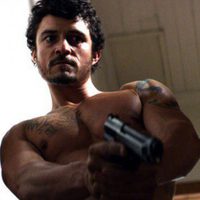 ?
Write your own 'Unlocked' review.

The screenplay for this film was featured in the 2008 Blacklist; a list of the "most liked" unmade scripts of the year. Noomi Rapace fractured her nose during filming when an elbow accidentally hit her face. She, however, didn't realize the extent of the injury until much later so, after a brief black out, she just got up and insisted on carrying on with the scene. As of April 2015, the fracture had yet to be mended and had healed up in a broken state (meaning it needs to be re-broken up again in order to fix). The producer Georgina Townsley made her debut in feature films with this film, more specialized in the usual documentaries. His society first developed Locked project in 2006 before calling on screenwriter Peter O'Brien to develop this spy thriller located in London and centered around a female character.