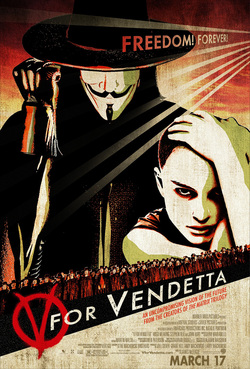 The action takes place in the near future, in the UK. Where a totalitarian dictator has subjected the population, without leaving any freedom. Evelyn lives in this context. When one night does not get home before curfew, and is attacked by men. However, a masked guy rescues. He calls himself V. This mysterious character has a plan, the plan is to undertake a series of actions to encourage British people to revolt against the dictator. Evelyn tries to convince V for help, however, although V seems to be an educated person who only advocates freedom, hides a secret about his past. Film based on the graphic novel of the same name.

?
Write your own 'V for Vendetta' review.