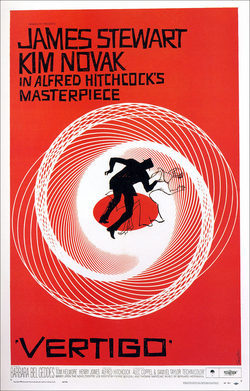 Scottie Ferguson (James Stewart) is a police detective who leaves the body when a colleague falls from a ledge while they were pursuing a criminal. Some time later, a call from an old friend of him, with whom he studied in school, Gavin Elster (Tom Helmore), which asks him to watch his wife Madeleine (Kim Novak) will make him to feel detective again. Madeleine is a beautiful woman who is depressed, and also believed to be possessed by her great-grandmother. The most acclaimed film by Alfred Hitchcock with 'Psycho'. In fact in 2012 it was declared the best movie of all time. However, in 1959 it was nominated for only two Oscars, for best art direction and best sound. 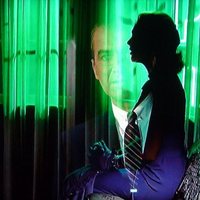 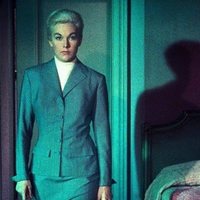 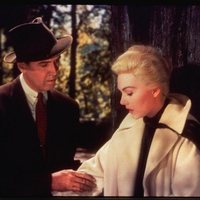 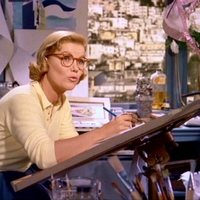 ?
Write your own 'Vertigo' review.

First ever film to use computer graphics, in some of the the sequences done by Saul Bass. The famous actress does not speak a single word until more than a third into the movie. Poorly received by critics, the film is now considered one of Hitchcock´s masterpieces and one of the best films in history. It is the best movie ever for 'Sight and Sound' magazine.