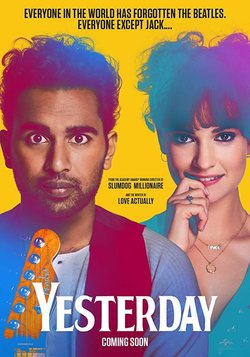 Jack Malik (Himesh Patel, 'Eastenders') has spent the past ten years trying to break into the music industry with little to no success. His manager and childhood best-friend, Ellie Appleton (Lily James, 'Cinderella'), manages to score him a gig at a music festival. After the gig turns out to be a tiny concert in a tent, Jack starts to cycle home, disappointed by his failures. On his way, the entire planet experiences a worldwide blackout during which Jack is knocked unconscious by a bus. When he wakes up, Ellie presents him with a new guitar to replace the one wrecked in the accident, on which he plays the iconic song by The Beatles, 'Yesterday'. When he finishes playing, however, Jack makes a shocking discovery: nobody on Earth remembers The Beatles except for him. Jack is torn between not wanting success due to the talent of other artists and also knowing that he can reintroduce the artistry of The Beatles to the world. When he recreates their classics and passes them off as his own, success starts rolling in like it never has before. Jack must decide between finally making it on the music scene and his artistic integrity in the latest romantic comedy scripted by Richard Curtis ('Four Weddings and a Funeral') and directed by Danny Boyle ('Slumdog Millionaire'), Hide full plot... Show full plot 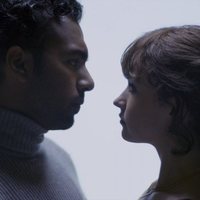 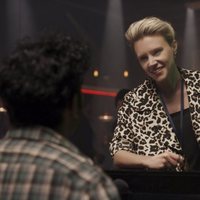 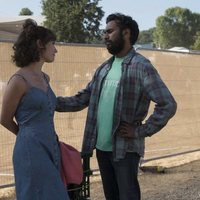 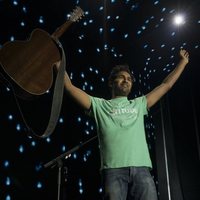 ?
Write your own 'Yesterday' review.

Ed Sheeran plays himself in this movie and has recognized that The Beatles are one of his bigger inspirations when he composes his songs. In the beginning, Ed Sheeran part was meant for Chris Martin, Coldplay leader, but the difficulties to combine the schedules of musician and the shooting made imposible this appearance. The most importante concert was filmed in Goleston, in Norfolk island and its inhabitants worked as extras for the scene.