'Elite': Netflix announces that the hit Spanish drama will return in March 2020

Netflix has announced that 'Elite', a Spanish teen drama that has enjoyed international success, will return for its third season in March 2020. With a speedy turnaround that leaves 'Sherlock' fans everywhere weeping with jealousy, this release date comes a mere seven months after the premiere of the show's second season. Although the exact date has yet to be confirmed, this is far sooner than many fans of the show were expecting, given the year long wait between the first and second seasons. Now, however, we only have to wait a little over two months before we can walk down the mysterious corridors of Las Encinas once more. 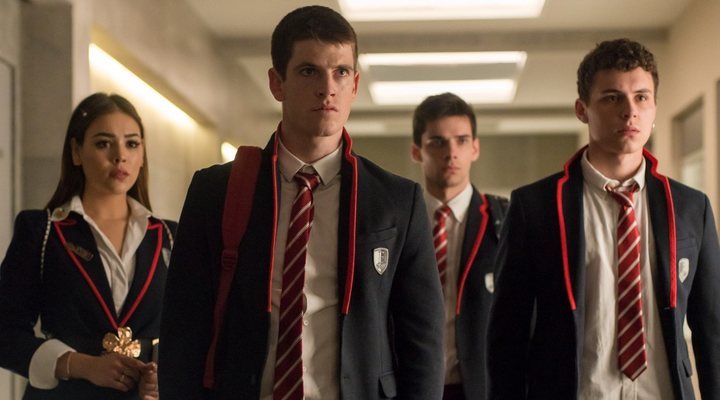 Although Dani de la Orden and Jorge Torregrossa will once again be taking up their positions behind the camera, the writer's room is facing some changes this season. Co-creators Darío Madrona and Carlos Montero will continue to be involved with the writing process, as will Carlos C. Tomé and Jaime Vaca Quintanilla, but also joining the team this season are Almudena Ocaña and Andrés Seara. Montero and Madrona will also continue in their roles as executive producers alongside Diego Betancor.

Prepare yourselves, dear viewers. With the murder, betrayal, sex and conspiracies that have gone down over the past two series, it's a miracle that Las Encinas is still standing. We cannot wait to see what the new writers and cast members bring to this series, the first two seasons of which are currently available on Netflix.