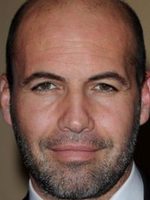 William George Zane, known as Billy Zane, is an american actor and producer, born February 24 1966 to Greek parents in Chicago, Illinois. His first role was in Robert Zemeckis's 'Back To The Future' in which He played Match, one of Biff Tannen friends. He also appeared in 'Back to the Future Part II". Ever since, he's been part of over 100 projects including tv series such as David Lynch's 'Twink Peaks' or 'Charmed'. His most important role to date is Cal Hockley in James Cameron's 'Titanic' which won eleven Academy Awards. Billy Zane also won Favorite Supporting Actor at the Blockbuster Entertaintment Awards in 1998

Billy Zane has been active for 36 years, participating in 16 movies that average a 5.5/10 score.

The Scorpion King 3: Battle for Redemption