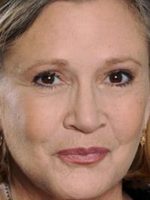 Carrie Frances Fisher was born on October 21, 1956 in the city of Beverly Hills. She is the daughter of a singer and an actress but her parents divorced and she developed a very close relationship with his mother. Soon she worked on his talent and she was already with 12 years-old she debuted on stage in Las Vegas. But Fisher knew how important it was to go to a school, so she studied at the Central School of Speech and Drama in London. Upon her release, she could perform with solvency his leap to the big screen with 'Shampoo' in 1975 (Warren Beatty and Goldie Hawn appeared as castmates). However, actual achieved popularity and fame two years later, at which time the selected George Lucas for the role of Princess Leia in 'Star Wars: Episode IV - A New Hope'. People who reprises in different sequels of the saga. At the same time, we have seen in films like Carrie 'Hannah and Her Sisters "or" When Harry Met Sally'. In 2015 it has become part of the galactic universe participating in 'Star Wars: The Force Awakens'.

Before passing away, Carrie Fisher worked on 13 movies that average a 7.2/10 score.

Maps to the Stars 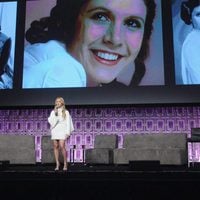 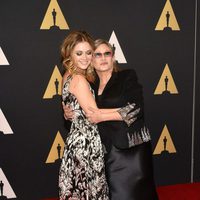 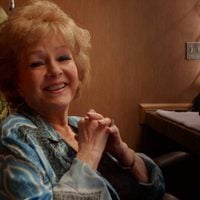 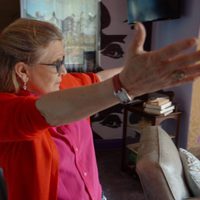 'Coping with Humans_ A Support Group for Bots' IBM Ad