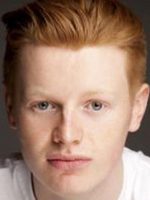 Ian Kenny was born and raised in Northside, Dublin. The young Ireland boy, participated when he was a child at the TV show 'Fair City' and he ended dancing and singing on 'Sing Street'. Until now, he was known for that role but he has recently been cast for the Has Solo spin-off: 'Han Solo: a Star Wars Story'.

Ian Kenny has been active for 4 years, participating in 3 movies that average a 7.2/10 score.