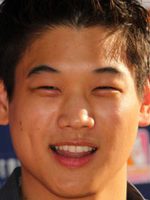 Ki Hong Lee (born September 30, 1986) is a Korean-American actor. He is best known for playing the role of Minho in 'The Maze Runner', Paul in 'The Nine Lives of Chloe King', and Dong Nguyen in the Netflix series 'Unbreakable Kimmy Schmidt'. Lee was born in Seoul, South Korea. When he was six years old, his parents moved the family to Auckland, New Zealand, where he learned English. When he was eight, his family moved to Los Angeles, California. Lee studied at University of California, Berkeley from 2004 to 2008. After college, he worked at his parents' restaurant. On March 7, 2015, Ki Hong Lee married Hayoung Choi, who played his new girlfriend in the short film, She Has a Boyfriend, by Wong Fu Productions.

Ki Hong Lee has been active for 8 years, participating in 5 movies that average a 6.1/10 score.