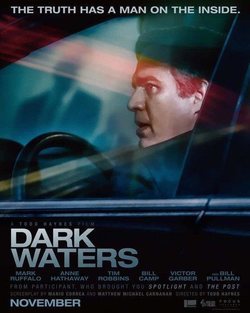 In this powerful story based on real events, Mark Ruffalo plays a suspicious lawyer who discovers a terrible secret. One of the most important corporations in the world has emitted a dangerous amount of polluting gases from its factories and into the atmosphere and this has caused hundreds of people to die due to what they have declared publicly to be "unknown circumstances". The lawyer denounces this company and tries to expose the heinous crimes it has indirectly committed. The disgraced company won't go down without a fight, however, and so they do everything they possibly can to destroy the lawyer's career and discredit him with slander and lies. This strategy forces Rufflo's character to risk his future, his family and even his own life in order to uncover the truth end this corrupt company's reign. 'Dark Waters' is directed by Todd Haynes ('Carol', 'Wonderstruck') with a screenplay by Matthew Carnahan, Mario Correa, Nathaniel Rich. The movie features an outstanding cast starring Mark Ruffalo, Anne Hathaway, Tim Robbins, Bill Pullman, Victor Garber, Bill Camp and William Jackson Harper. 'Dark Waters' is a portrait of classist society and how difficult it is nowadays to bring corrupt companies to justice when they are the ones wielding the influence and power. 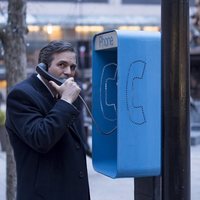 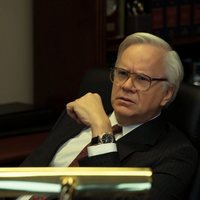 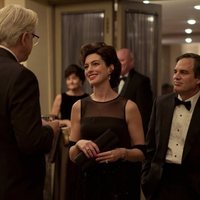 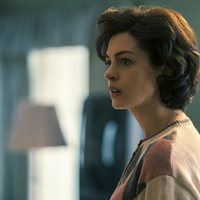 ?
Write your own 'Dark Waters' review.

The production name for the film was "Dry Run" which is the name of a place important in the story. Second film Mark Ruffalo has appeared in dealing with the DuPont family. The first was Foxcatcher (2014). A few minutes after the first meeting between the farmers and Billott, he and colleagues walk beside the famous Cincinnati sculpture The Genius of Water which is the city's symbol.