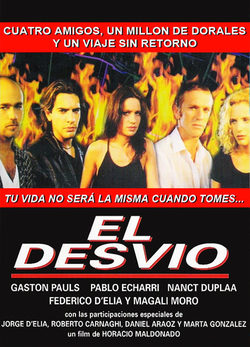 Argentine film directed by Horacio Maldonado that tells the story about four friends who want a better life than they already have. Grabriela (Nancy Dupláa) would like to be a famous actress with a great success, Eduardo (Federico D'Elia) dedicate his life selling phones, but has been waiting years for an increased by his boss that never seems to arrive, Mauro (Pablo Echarri) is a tired taxi driver, and finally, Sebastian, who spends the whole day working in front of a computer dreaming about being millionaire. One night the four friends find a car on the road that has suffered an accident, inside the vehicle there are two bodies and one million dollars in the back seat. The group of friends decides to keep it.