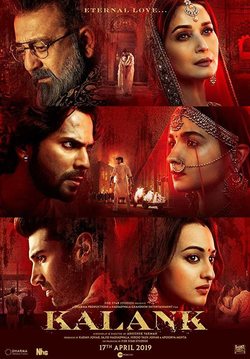 Set in the mid-1940s, a few years prior to the declaration of Indian independence, in the Muslim-majority district of Husnabad, the wealthy Balraj Chaudry (Sanjay Dutt, 'Munna Bhai M.B.B.S') lives with his son, newspaper publisher Dev (Aditya Roy Kapur, 'Yeh Jawaani Hai Deewani') and his daughter-in-law, Dev's wife, Sathya (Sonakshi Sinha, 'Son of Sardaar'). Sathya is suffering from terminal cancer and has a year left before she succumbs to the disease. Sathya wishes for Dev to agree to marry a woman named Roop (Alia Bhatt, 'Highway'), so that when she dies, her husband isn't alone. The two marry as Sathya's illness worsens, and Sathya sets out to teach Roop how she wants the woman to be a suitable wife for her husband. Roop, hugely bored by this life, crosses into a notorious Heera Mandi district known for its courtesans, particularly Bahhar Begum (Madhuri Dixit) to take singing lessons at Bahhar's salon. There, she meets Zafar (Varun Dhawan, 'Badlapur') a rugged blacksmith who opposes the Hindu minority elite, of which Dev is part. 'Kalank' is a Bollywood romantic drama directed by Abhishek Varman, whose other works include '2 States', 'My Name is Khan' and 'Jodhaa Akbar'. It was written by Varman alongside Shibani Bathija and Hussain Dalal. 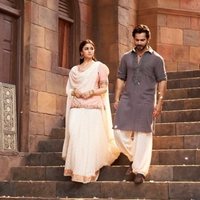 ?
Write your own 'Kalank' review.