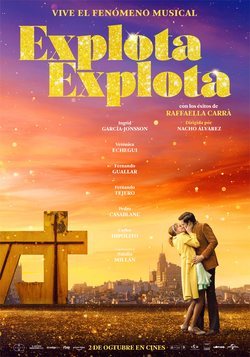 María (Ingrid García-Jonsson) is a dancer with a lot of desire for freedom in an era, the 70s, which was still marked by rigidity and censorship in Spain. 'Explota explota' is a musical directed by Nacho Álvarez based on the universe of Rafaella Carrà's songs. The protagonist travels to Madrid after leaving her partner planted on the altar of a church in Rome. There he discovers that he wants to fulfill his dream of becoming a dancer. It is with this premise that María, along with her great friend Amparo, played by Verónica Echegui, gradually enters the world of television. It becomes part of the dance body of "Rosa's Nights", the most successful television show. It stars Rosa, played by Natalia Millán, and directed by Chimo (Fernando Tejero). The director has a certain reputation in the program of "flirting" with all the women in the production. All supervised by Celedonio (Pedro Casablanc). It is in this context where the protagonist falls in love with a company worker, Pablo (Fernando Guallar). The relationship goes on without her telling the whole truth about her work. The worker comes into conflict with his father and with the protagonist they balance if he radically changes his life by breaking all the pre-established rules. 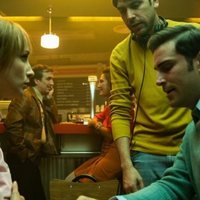 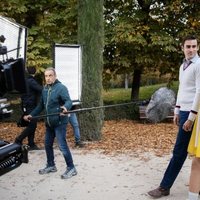 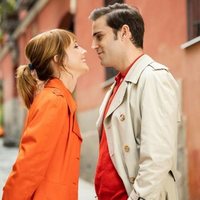 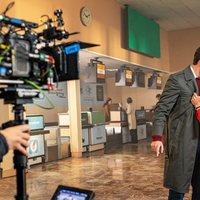 ?
Write your own 'My Heart Goes Boom!' review.