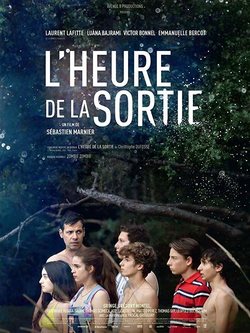 Second feature film by director Sébastien Marnier, after his debut in 2016 with 'Irreprochable', praised by both critics and audiencies. This time, the Frenchman adapts the homonymous novel by also French writer Christophe Dufosse, focused on Professor Pierre Hoffman. The teacher has just started at St. Joseph's school, where they will assign him a special class with the smartest students of the promotion. These young students won't make it easy for Hoffman at all, though they still seem not to have been recovered after last teacher's death, which they actually witnessed. The new teacher will find out soon the strange behaviour of their students, which is not only due to their intelligence. 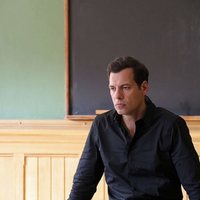 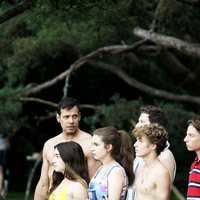 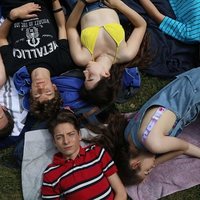 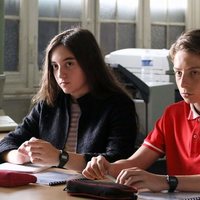 ?
Write your own 'School's Out' review.

The song that is heard when the kids perform in the graduation ceremony has not been recorded on set and it shows. One of the boys has a Titanic shirt in one of the quarry scenes.