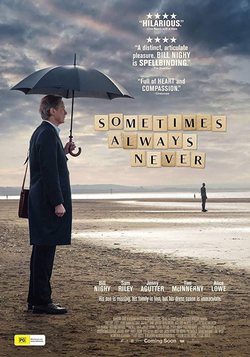 Intrigue, mystery and fantasy meet in 'Sometimes Always Never', a detective movie and, at the same time, a family drama where the love for words help a father to re-connect with his lost son. Alan is a very thorough tailor, settled on his job. However, his biggest work during all these years has been to look for and find Michael, his lost son. One day, and due to a scrabble game through the Internet, he believes he's contacting his son. This discovery comes with a body whose identity has to be found and the destruction of his own family. Alan, now, he has two tasks: repair the relationship he has with his son Peter while he solves the mystery of who hides behind an online player who, he thinks. may be Michael. 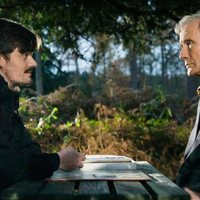 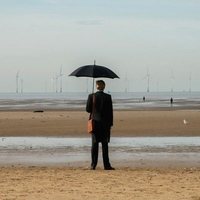 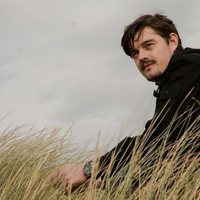 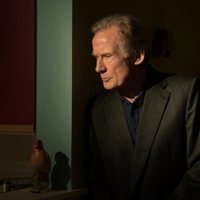 The film is based on 'Triple Word Score', a short story writen by Frank Cottrrel Boyce, an important script writer.