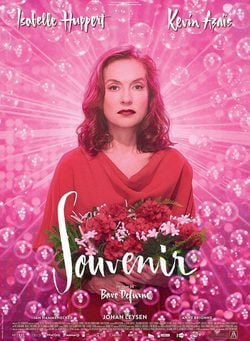 'Souvenir', is the name of a French romantic film of 2016, directed and co-written by Bavón Defurne. It starred Isabelle Huppert, Kévin Azaïs, and Johan Leysen. The music was in charge of Pink Martini. The film tells the story of Laura, a forgotten Eurovision singer who is now working in a pâté factory and will fall in love with her partner, a young aspiring boxer. Together they will try to organize the return of her to scene after realizing a performance in where she returns to awaken its desire to dedicate itself to the national song. At first, it shows the monotonous and boring daily life of Laura. As a habit, read a novel written by Marilyn French on the bus.In a following sequence, Jean and Liliane talk about ABBA. 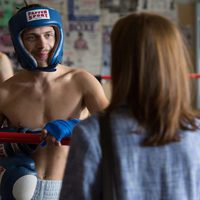 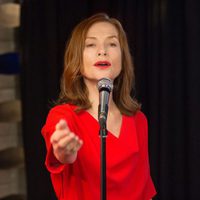 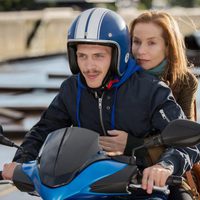 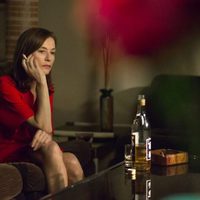 ?
Write your own 'Souvenir' review.

In the beginning, Liliane's monotonous, dull everyday life is shown. As a habit she reads a novel written by Marilyn French in the bus. In a following sequence, Jean and Liliane talk about ABBA. This is might be a reference to the ABBA song "The day before you came" about a woman telling the mundane details of her everyday-life of which reading Marilyn French is a part - until she meets - possibly - the love of her life.