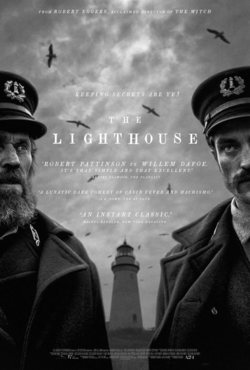 Filmed in black and white, this horror film transports us to a little island on the high seas of Maine, Nova Scotia, at the beginning of the 20th-century. There, the only two main characters of this film, a veteran lighthouse keeper (Williem Dafoe, 'At Eternity's Gate') and his young assistant (Robert Pattinson, 'High Life') will have to live together for four weeks. The apparent tranquil state in which their lives appear to unfold changes forever when a supernatural event linked to one of the most well-known and infamous maritime myths hits the coast. 'The Lighthouse' is hailed as a feature film that examines the nuances of power and dominance in the relationship between its two characters, two men that little by little find themselves pushed to brutal behaviour balanced with rare moments of mutual understanding under the effects of alcohol. Meanwhile, the isolation in which they have to live generates a certain sexual tension underpinned by a morbid desire for death as the progressive spiral of secrets begins to weigh heavy on their consciences. The film is directed by Robert Eggers ('The Witch'), an expert in psychological horror cinema, who will immerse the viewers in a perceptive and paranoid chaos in which the limit boundary the real world and the imaginary world is inevitably blurred. Hide full plot... Show full plot

'The Lighthouse' Making Of: The World 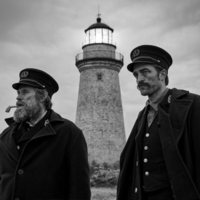 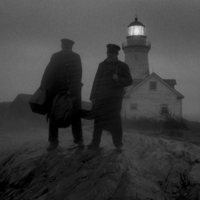 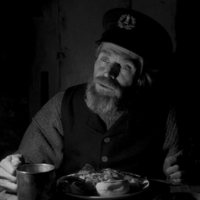 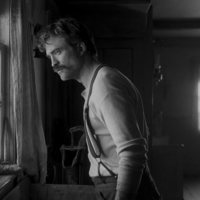 ?
Write your own 'The Lighthouse' review.

Both Willem Dafoe and Robert Pattinson have claimed that the film's conditions were so demanding that they barely spoke to each other during filming. Dafoe's accent is the jargon of Atlantic fishermen and sailors of the time, while Pattinson's character's lines are based off a very specific Maine farming dialect. Before filming began, Dafoe and Pattinson rehearsed with Robert Eggers for a week in a hotel in Halifax. While Dafoe loved to rehearse given his extensive theatre background, Pattinson didn't want to show and let out too much beforehand, prefering to jump into the scene blindly. He found the rehearsal process frustrating and uncomfortable, being used to react impulsively infront of the camera and getting self-conscious by thinking too much about the scene beforehand. His method being, that if he accomplishes certain things in rehearsal, it will later ruin the spontaneity infront of the camera. Director Robert Eggers welcomed that the two worked so differently and stated: "They have this incredible, electric chemistry on screen, but it was chemistry through tension. That couldn't have been better for the movie."