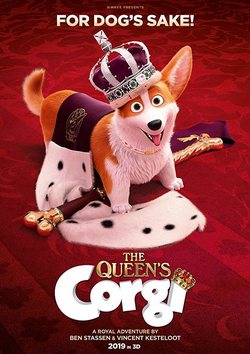 'The Queen's Corgi' is a family-friendly animated film following Rex (Jack Whitehall, 'Bad Education', 'Fresh Meat'), a corgi puppy gifted by Prince Philip (Tom Courtenay, 'Billy Liar', 'Doctor Zhivago') to Queen Elizabeth II (Julie Walters, 'Julie & Julia', 'Mary Poppins Returns'). The cheeky Rex quickly charms the Queen and becomes the favourite of her dogs, leading to another of her canine companions, Charlie (Matt Lucas, 'Alice Through the Looking Glass', 'Paddington'), jealously plotting Rex's demise. When the US President Donald Trump (Jon Culshaw, 'Horrible Histories', 'Dead Ringers') and his wife Melania Trump (Debra Stephenson, 'My Mad Fat Diary', 'Rocket's Island') appear with their spoiled pooch Mitzi (Sarah Hadland, 'Miranda', 'The Moonstone') and appear more concerned about taking selfies with the Queen than actual politics, Rex is left to fend off Mitzi's attempted seduction and Charlie's murderous intent alone. When a malicious trick from Charlie leads to Rex ending up in a brutal local shelter, Rex must muster up the strength and self-sufficiency to be able to find his way back to the Queen of England before he looses his beloved owner for good. 'The Queen's Corgi' is directed by Vincent Kesteloot ('Robinson Crusoe') and Ben Stassen ('The Son of Bigfoot'). Hide full plot... Show full plot 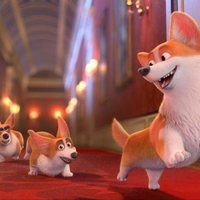 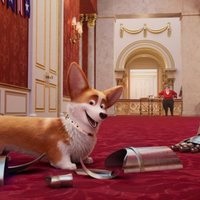 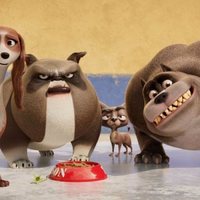 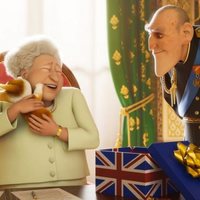 ?
Write your own 'The Queen's Corgi' review.

Corgi's race is specially known because being the Queen Elisabeth II's favourite dog race. The Queen has come to have eight corgi's dog at the same time. She has appeared overtly walking the dogs in the palace gardens several times. Corgi's are an old race of British dog which name in Celtics means «small dog». Rob Sprackling y Johnny Smith are the writers of 'The Queen's Corgi' and 'Gnomeo and Juliet' (2011) Despite the crazy history about the adventures of Rex outsite Buckhingham Palace is an invenction of Rob Sprackling y Johnny Smith, Rex is actually the favourite Corgi of the British Queen. Elisabeth II decided to stop increasing her Corgi's family which she has taking care since she was 18 because she because she does not want to leave them orphans to her death. A tender animal story of the longest monarch of the British crown.