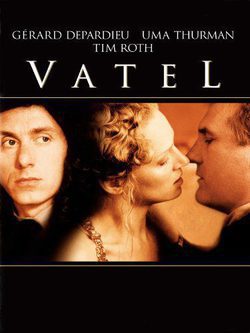 Based on the true story of an ordinary man, a decadent king and the woman caught between them! In the west of France, Prince de Condé has a scheme to save his bankrupt province: he'll regain the favor of King Louis XIV with a weekend of spectacle and merriment. The plan's success rests with Vatel, the one man who can deliver the sumptuous food, elaborate amusements and all-out decadence fit for the king. But in the midst of it all, Vatel catches the eye of the beautiful Anne... and places himself in direct competition with the King! Visually stunning and grandly entertaining, it's a motion picture you must see to believe.

?
Write your own 'Vatel' review.