The Many Faces of Harley Quinn: What to Read and Watch Before 'Birds of Prey'

'Birds of Prey (and the Fantabulous Emancipation of One Harley Quinn)' is already showing in cinemas across the UK, filling our theatres with a foul-mouthed neon rollercoaster of an adventure starring the iconic DC villainess, Harley Quinn, after she breaks up with the Joker and sets about going solo. Her plans are altered, however, upon realising that she is being pursued by a maniacal crime lord known as Black Mask. With this threat looming over her, Harley Quinn bands together with Black Canary, Huntress, Renée Montoya and Cassandra Cain to save their skins and send Black Mask crawling back into the gutters. 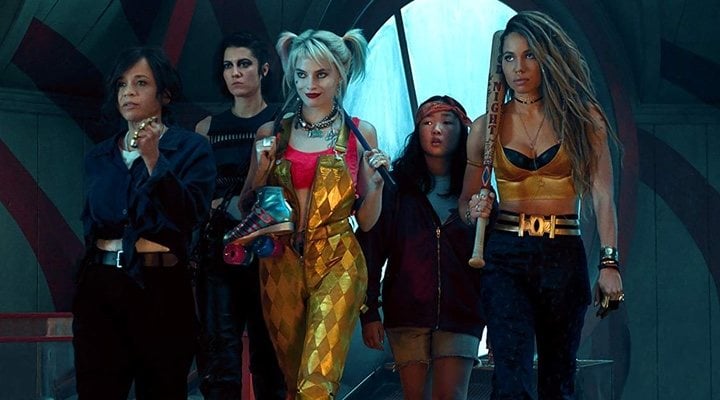 Though there is no required reading or viewing involved if you want to be able to follow the plot of 'Birds of Prey' (even the 2016 flop 'Suicide Squad', in which Australian actress Margot Robbie debuts as Quinn, is unnecessary), the character's extensive history in the DC Extended Universe means that there is a wealth of material out there covering the origin story and rise of our favourite bat-wielding villainess. So, if you would like an insight into these beloved characters before settling down to watch Margot Robbie blaze across the screen in a performance critics are calling "inspired" or even if you've already watched 'Birds of Prey' and simply want to see more of the vigilante girl gang, we have the perfect series, episodes and comics for you, puddin'.

The Birds of Prey on page

Unusually for such an iconic DC character, Harley Quinn's first appearance in the extended universe was actually on screen in 'Batman: The Animated Series' in 1992. The popularity of the character, however, with her quirky turns of phrase and emotional intensity soon led to more and more appearances within the comic books themselves. One of the most well-known comics to be based around Harley Quinn and to share a considerable amount of DC lore with her onscreen iteration played by Margot Robbie is 'The Batman Adventures: Mad Love #1'. Written in 1993 by Paul Dini, 'Mad Love' is where fans got their first glimpse of Harley Quinn's origin story as we know it today: a brilliant young psychiatrist named Dr. Harleen Quinzel is manipulated into an emotionally and physically abusive relationship with her psychopathic patient, the Joker. If you don't want to slog through Jared Leto's take on the story in 'Suicide Squad' but are still interested in this twisted and tragic tale, 'Mad Love' could be the perfect place to start.

If you love the focus on self-emancipation in 'Birds of Prey', try 'Harley Quinn #25' by Amanda Conner and Jimmy Palmiotti. This comic was written in 2017, a year after the release of 'Suicide Squad', and aimed to create distance between Harley Quinn and the Joker, allowing the character to stand on her own without the manipulative influence of Mister J. 'Harley Quinn #25' features the epic showdown between the two former lovers that many fans would've liked to have seen in 'Birds of Prey'.

When we asked Margot Robbie whether she'd be interested in playing a bisexual Harley Quinn on screen given her comic counterpart's relationship with Poison Ivy, the actress was enthusiastic about the prospect and confessed to loving both the platonic and romantic relationship between the two. If you also would like to read about two villainesses wreaking havoc and having each other's back whilst doing it, 'Harley Quinn Vol #1', written by Karl Kesel in 2001, is the ideal pick. A whip-smart Harley Quinn teams up with Poison Ivy whilst isolating herself from the abusive Joker. Perfection. 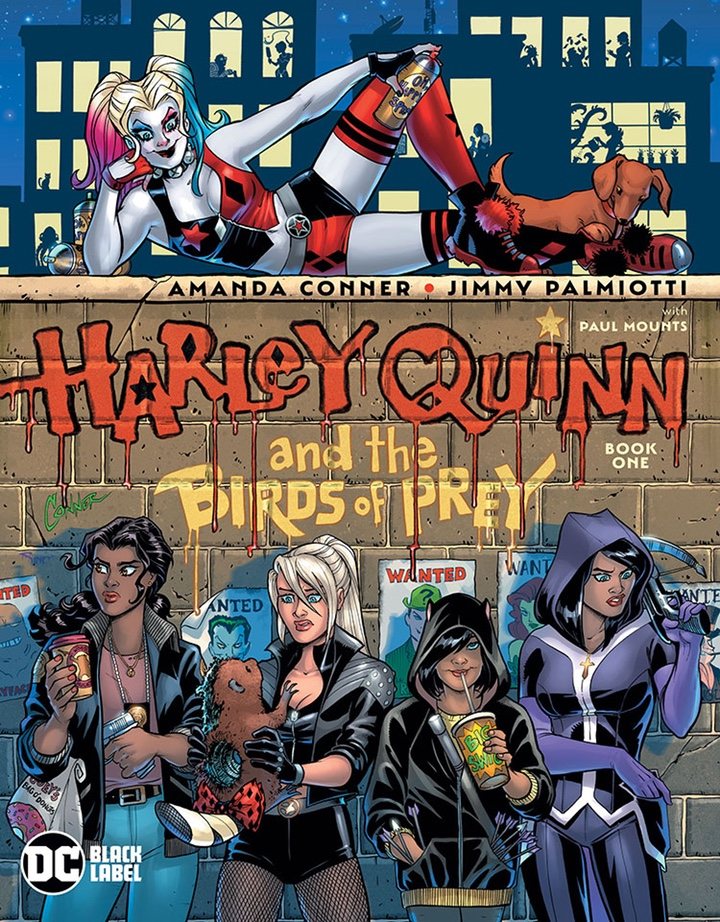 If the other Birds of Prey in the crew interest you, you could begin with 'Black Canary #1-12' by Brenden Fletcher. This 2015 series gave a much-needed update to the character of Dinah Lance, who is the longest serving Bird of Prey in the DC universe, having first been introduced in 1947. For Renée Montoya, 'Gotham Central #6-10' explores what happens when the villain Two-Face becomes obsessed with the Gotham City Police Officer and she must fight to protect herself and the city from his wrath when Batman fails to show up and save the day.

Finally, arriving on the 12th February 2020 is Conner and Palmiotti's take on the Birds of Prey crew introduced in this most recent cinematic vision. Titled 'Harley Quinn and the Birds of Prey', the comic book series will follow Harley Quinn's return to Gotham City, the first time she's graced those dark streets since her break-up with the Joker. Furious at her perceived betrayal, the Joker has turned every villain in town against her, so Harley teams up with the Birds of Prey to defend herself, enjoy her emancipation and show the Joker that they are never, ever, ever getting back together.

The Birds of Prey on screen

Moving on to the screen, the aforementioned first appearance of Harley Quinn in the history of the DC extended universe took place in 'Batman: The Animated Series' in the episode 'Joker's Favor', so this could be an excellent starting point for comic book traditionalists that want to see the evolution of the character from her conception in the early 90s. Another animated series worth checking out is simply titled 'Harley Quinn' and features actress Kaley Cuoco as the voice behind the titular character. Released in 2019, this series also opts or a more modern take on the character, following her as she breaks up with the Joker and decides to pursue her own epic ambitions of being admitted into the legendary Legion of Doom.

Stepping briefly away from animation, 'Birds of Prey (and the Fantabulous Emancipation of One Harley Quinn)' is actually not the first time that this particular kick-butt crew has made it onto the small screen. In 2002, The WB released a series named 'Birds of Prey' that focused on Huntress, Black Canary and Oracle, with Harley Quinn playing a fascinating role as Huntress's psychiatrist who may be harbouring villainous impulses long before the other characters recognise it. 'Birds of Prey' was steeped in DC lore, with Batman, the Joker and Alfred making regular appearances, but was cancelled after 13 episodes. 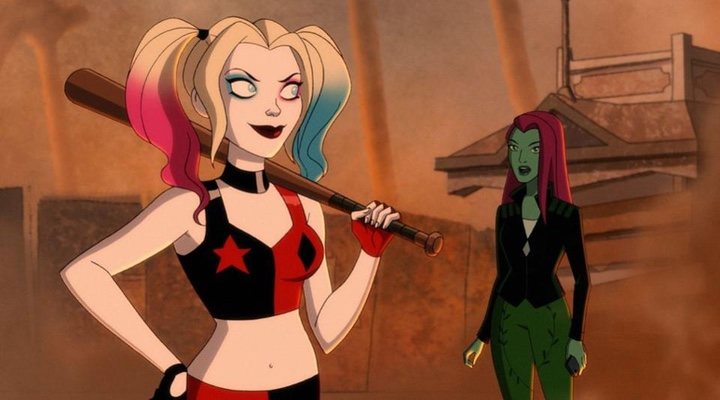 The rest of the Birds of Prey also have a fruitful history on screen both in animation and live action. The well-known CW show 'Arrow' dedicated some screen-time to these characters in the Season 2 episode 'Birds of Prey' in which Huntress and Black Canary (who, for some inexplicable season, is Arrow's ex-girlfriend) appear, wheras the 'Double Date' episode of 'Justice League Unlimited' sees Huntress and Black Canary team up under the writing of Gail Simone, who wrote many of the original 'Birds of Prey' comics. Also penned by Gail Simone is the episode of 'Batman: The Brave and the Bold' titled 'The Mask of Matches Malone!', which follows Huntress, Black Canary and Catwoman as they are entrusted with saving Gotham after Batman gets amnesia and starts referring to himself as Matches Malone.

Whether on page or on screen, the Birds of Prey have several stories to tell within the DC Extended Universe. The most recent of them, 'Birds of Prey (and the Fantabulous Emancipation of One Harley Quinn)', is out now.