The 7th February marks the UK release of 'Birds of Prey', the bright, bloody and bonkers cinematic take on one of the most beloved characters in the DC Extended Universe: Harley Quinn. Margot Robbie is back wielding the iconic baseball bat as Harley Quinn after her first appearance as the character in 2016's 'Suicide Squad'. Though that film was largely slated by critics, Robbie was praised as one of the flick's strongest points and not only managed to secure this solo film for the character, but is also set to return in James Gunn's new take on the story, 'The Suicide Squad', in 2021. 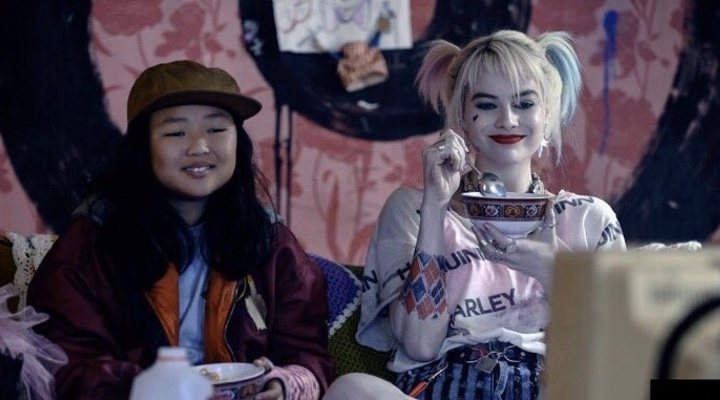 Once more, the first wave of reviews to emerge for 'Birds of Prey' praised Margot Robbie's performance as the simultaneously terrifying and endearing villainess, though many also criticised the structure of the film which, judging by their comments, is almost as erratic as the iconic character herself. At this early stage in its cinematic run, 'Birds of Prey' currently boats a 86% Certified Fresh rating on Rotten Tomatoes after 164 reviews which undeniably shows that Harley Quinn's solo ride is more attractive to viewers and critics than her group effort, with 'Suicide Squad' only standing at a 27% rating on the same platform. Did Harley Quinn's fantabulous emancipation convince critics or did her baseball bat strike out? Here are what some of the first critics have to say about 'Birds of Prey'.

The Fantabulous Performance of One Margot Robbie

The stand-out takeaway from many of the early reviews is that Robbie, who is on track to establish herself as one of the most esteemed actresses working in Hollywood right now with films like 'I, Tonya' and 'Once Upon a Time...in Hollywood' under her belt, knocks it out of the park as the maniacal Harley Quinn. Helen O'Hara from Time Out gave the film a 4/5 and said that "Robbie's turn alone warrants this dubious-looking spin-off: her eccentric and unpredictable Quinn is quick to cause destruction but just as instinctive with her affections" and Variety's Owen Gleiberman also agrees that there is an "inspired spark" to the actress's performance. Even Indiewire, a publication significantly underwhelmed by the flick, awarding it a mediocre B-, acknowledged that Robbie "walks a fine line, tasked with making Harley lovable and annoying, grating but sincere, worthy of redemption but not always willing to work for it" yet, as in 'Suicide Squad', "she succeeds at conveying this tricky balance".

The main point of criticism for 'Birds of Prey' appears to be the structure, with many of the critics complaining about the choppy tone of the first act and the often confusing scene jumps. "It's hard to ascertain if some of the film's narrative missteps are the product of bad editing or shoddy writing - or perhaps both in one messy stew", says Indiewire's Kate Erbland, whilst the best that The Atlantic can say about the plot is that it is "basically coherent".

Whilst there seems to be a general consensus that the film's strength is its leading lady and its weakness is its narrative structure, critics are wholly divided on whether this film - hailed by the cast and director, Cathy Yan, as one of the first R-rated female-led action films - is as groundbreaking as discussions around it would lead us to believe.

Variety backs the view of 'Birds of Prey' as a fresh take on the female action film, stating that "'Wonder Woman' and 'Captain Marvel' were female-superhero movies that offered the empowerment of earnest fantasy. 'Birds of Prey' offers the empowerment of utter irresponsibility". The New York Post also agrees that it is the film's refusal to lean into the moral-driven, inspirational nature of many superhero films that makes it feel so innovative: "'Birds of Prey' moves at a breakneck pace with a dry, totally unsentimental sense of humour, and it never gets caught up in cliched morals or weighty lessons".

Others were not so convinced. Though Vulture's Alison Wilmore praised the film for refusing to turn Harley Quinn into a "grim fetish object" by doing away with those lingering body shots present in Suicide Squad', she states that "It's a welcome development in a film that's never, otherwise, as radical as it feels it should be, hedging its bets with regard to the audience it appears to want and the one it seems to assume it'll have". The Hollywood Reporter agrees that 'Birds of Prey' panders to the audience than one might think considering its anarchical anti-heroine, stating "those hoping for a Deadpool-like fusion of mayhem and wit should lower their expectations: Harley may be known for her unpredictability, but 'Birds' plays by action-movie rules".

'Birds of Prey' hits cinemas on the 7th February.