"I had such a good time making it, such a great time working with Daniel [Craig], and now just seeing that audiences are responding to it, the idea of continuing it on seems like it would just be a blast. But there's a lot that has to happen before that can happen, first and foremost being writing a script. So, we'll see", Rian Johnson, director and writer of 'Knives Out', said recently in an interview with Deadline. Now Lionsgate has not only confirmed that the sequel to the hugely successful whodunit has been greenlit and boosted to priority status - there is also a chance that this duology could transform into an entire saga of witty mysteries. John Feltheimer, Lionsgate CEO, took charge in officially announcing the sequel and implied that production would start imminently. 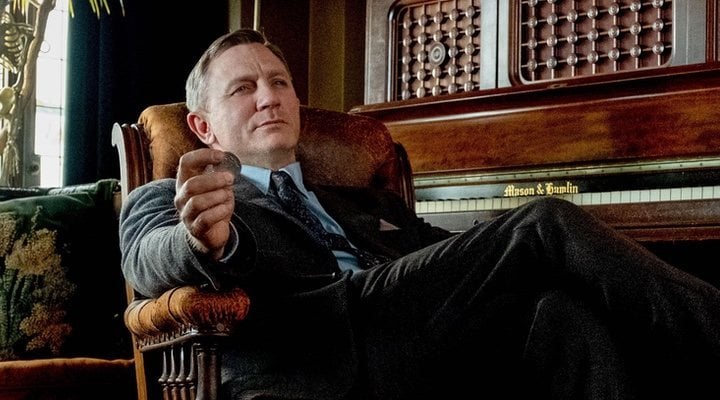 This exciting news doesn't exactly take us by surprise given that both Johnson and 'Knives Out' star Daniel Craig have made it clear that they'd love to get to work on a sequel and also due to the immense box office success enjoyed by this project and by Rian Johnson's other directorial efforts, including 'Star Wars: The Last Jedi'. Indeed, this story, which boasts an illustrious cast filled with names such as Chris Evans, Ana de Armas, Jamie Lee Curtis and Christopher Plummer, is teetering on the edge of grossing $300 million at the worldwide box office, an incredible feat for a film made with a budget of $40 million. The tale of detective Benoit Blanc, inspired by the beloved sleuths that populate the novels of Agatha Christie, has taken the box office by storm through its intriguing mix of parody and a genuine love for the genre. All of this was sustained by a performance from Craig in which he demonstrated his mastery of comic timing in a role so exciting it's hardly surprising that the actor has always been open about his enthusiasm towards returning to the role once more in a sequel. The merit of 'Knives Out' is such that the film even earned an Academy Award nomination in the Best Original Screenplay category.

"Sure, I'd be over the moon", the current James Bond said to EW when asked about his feelings towards a potential sequel. "I mean, I'd do anything for Rian. If he writes something, I'll do it. Of course I will. Why wouldn't I? I had a ton of fun doing it. You aim for that every time, you aim for that to work out. It rarely, rarely does, but it did on that movie and how nice is that?" With their lead actor ready and waiting and Lionsgate already keen to kickstart production, now all that remains to be seen is when Johnson will get to work on a new 'Knives Out' story - though it appears that we won't have to wait very long. According to The Hollywood Reporter, the filmmaker is already hard at work on his next whodunit. The film, which will have plenty of new characters and a fresh crime ready for Benoit Blanc to solve, could hit our screens as early as next year.

A Masterclass in Screenwriting

Nominated in the Best Actor, Best Actress, and Best Comedy or Drama Film categories at the Golden Globes, 'Knives Out' has been extensively praised by critics, with its script especially commended and going on to earn Johnson nominations for both the BAFTAs and the Academy Awards. A decade has passed since the first spark of inspiration for the film popped into Johnson's head, with the actual script only taking seven months to complete when Johnson worked on it after the shoot of 'The Last Jedi'. Afterwards, with his script and a resounding "yes" from Daniel Craig, Johnson set off to the Toronto International Film Festival in search of distributors, where he received so much attention for the project that stars approached him in droves looking for a chance to get involved with the film. What's the script's secret, you ask? You can find out by escaping into it's pages here.