This week David Benioff and D.B. Weiss announced their departure from the world of 'Star Wars'. The 'Game of Thrones' creators were due to develop a new trilogy for the franchise that moved beyond the Skywalker saga and would have been the first spin-off to arrive in cinemas after this year's epic finale, 'Star Wars: The Rise of Skywalker'. Despite their official statement that they were leaving the franchise due to them lacking the time to balance the trilogy with various other projects, it nows seems as though their departure from Lucasfilm came down to a much wider variety of factors. 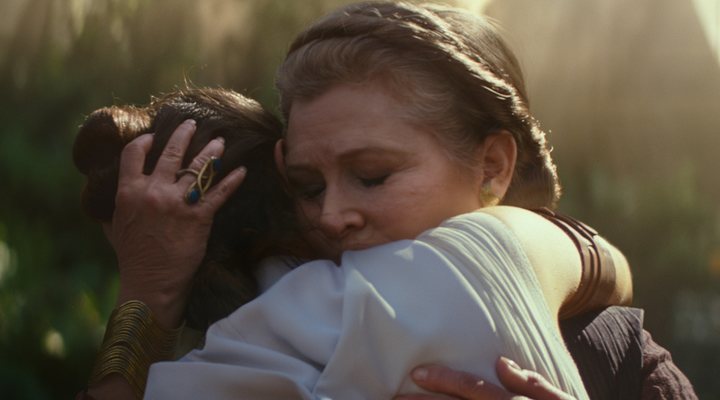 According to The Hollywood Reporter, the contract that both creators signed with Netflix this past summer was the driving force behind their decision to leave 'Star Wars'. The 200 million dollar contract includes the production of multiple original projects, a commitment that seems to have complicated their work schedules over the next few years, leaving little spare time to prepare their 'Star Wars' trilogy. When their departure from the intergalactic project was announced, Benioff and Weiss commented: "There are only so many hours in the day, and we felt we could not do justice to both 'Star Wars' and our Netflix projects".

News of this contract with Netflix dropped in August and, according to THR, Benioff and Weiss have been planning their exit from 'Star Wars' ever since. The sources note that Kathleen Kennedy, president of Lucasfilm, was reportedly unhappy with Benioff and Weiss's move to team up with the streaming platform and commit to developing such a number of important projects at the same time, especially taking into account that whilst the filmmaking duo worked on 'Game of Thrones', they decided to focus exclusively on the series and refused to begin preparations for their 'Star Wars' trilogy until they finished up their work with HBO. According to various sources, during contract negotiations, Benioff and Weiss promised Netflix officials that the platform would not have to wait for them to finish work on the 'Star Wars' trilogy before they commenced their work for Netflix. Furthermore, it's likely that with new platforms such as Disney+ and HBOMax heating up the competition in the world of online streaming, Netflix would not be willing to wait so long for Benioff and Weiss to begin churning out hits, either. "It's not going to be 10 years until Netflix sees their first output", one source confirms.

However, freeing up their schedules was not the pair's only incentive behind their departure. THR also points to a source of pressure beyond that of conflicting contracts: the fans themselves. Allegedly, the mounting pressure from fans of the franchise led to Benioff and Weiss rethinking their involvement in the project due to its "toxic" fandom. Both showrunners faced a lot of criticism from the 'Game of Thrones' fandom after the show's final season, so the prospect of joining a new franchise with so many loyal followers could have compounded their decision to take a step back from the project. The sources cite the criticism faced by Rian Johnson, the director of 'Star Wars: The Last Jedi', and the social media abuse hurled at Kelly Marie Tran that led to her deleting her account as huge red flags for Benioff and Weiss. Nobody wants to be called a scruffy looking nerf herder, after all.

Another factor that may have pushed Benioff and Weiss to sever ties with the project could be their conflict with Lucasfilm surrounding the extent of their creative freedom within the franchise. According to Variety, "Lucasfilm executives and the creators (began) to see their visions for the films (diverging) during meetings last summer" as the production company rarely invites "creative independence and argument" from its creators. Indeed, Benioff and Weiss are not the first to abandon the 'Star Wars' franchise before, or even during, production, with other creators such as Josh Trank, Colin Trevorrow, Phil Lord and Chris Miller also choosing to move far, far away from that particular galaxy.

After this change of plans for Lucasfilm regarding the future of its star franchise, The Hollywood Reporter states that the production company is already searching for new creators to task with expanding the story of 'Star Wars' beyond the Skywalker saga. For now, Disney+ is set to stream various series based on the 'Star Wars' universe beginning with 'The Mandalorian', though the platform has yet to confirm when it will drop in the UK. Disney+ is also set to develop series based on Obi-Wan Kenobi and Cassian Andor in collaboration with Ewan McGregor and Diego Luna, so fans are hopeful that UK citizens will be able to access the platform in 2020.

With regards to the big screen, the 19th December will see the release of 'Star Wars: The Rise of Skywalker', the finale of the Skywalker saga directed by J.J. Abrams, and Marvel's Kevin Feige is also set to oversee upcoming Lucasfilm projects. Rian Johnson, whose directorial contribution to the saga triggered the fan backlash said to have intimidated Benioff and Weiss, is also back to preparing a new trilogy for the franchise. Though Johnson's trilogy seemed to be in danger of cancellation up until recently, the change in direction regarding the future of the franchise could give his project the kick start that it needs. Maybe the force be with you, Rian Johnson.