'No Time to Die': We go behind the scenes of the latest James Bond film

Nestled in the Scottish Highlands and wrapped in fog and near-constant drizzle, 300 crew members working on 'No Time to Die' look out over the stunning natural panorama that is Loch Laggan and consider how to merge the landscape with the stunts that define the one and only Bond, James Bond. Armed with 30 cars and a list of incredibly intricate stunt scenes, the team took to Inverness-shire to piece together several action sequences, choosing the Scottish location due to its physical similarities to the sweeping landscapes of Norway, where this particular segment of 'No Time to Die' is meant to be set. As beautiful as Loch Laggan proves to be, the demands placed upon the stunt team and crew to complete these action scenes on schedule make it anything but a Scottish getaway, although location manager Liam Irving is enthusiastic about their setting of choice. "It worked really well creatively for us", he gushes. "It has its challenges filming here, the weather being one of them, but it's a beautiful place to be, even in the rain".

The 'James Bond' saga is famous for its dedication to virtually unbelievable stunt sequences, and the crew is determined that 'No Time to Die' will be no exception, hence their use of drones to ensure that every moment of the action is caught in full colour. Geared up for the shoot, SFX Engineer Neil Layton assures fans that "up until now, we've never had a request that we haven't been able to fulfil". Given that the previous instalments of the saga have involved insured actors appearing to jump off of bridges and take part in death-defying car chases, we believe it. "We like to say that we can make the impossible possible", he finishes proudly. 2nd Unit Director Alexander Witt seems to have taken those words to heart and has a passion for creating the fantastic action sequences that we marvel at on screen. "Filming innovative stuff is getting harder [but] doing all the stunts for real is what I love the most about working on this film", says Witt. Indeed, though Daniel Craig won't be jumping off of buildings in any hurry, the crew try and physically recreate as many of the sequences as they possibly can. "They take the stunts to the extreme", says Layton, "and they really do push the boundaries".

Layton's priority is to ensure the safety of actors, stunt doubles and crew members alike, so each vehicle used in any given action scene is fitted with bespoke calibration to prevent the car from dangerously losing control during a scene. As shots of sleek cars racing across the screen flash past him, Layton states that Aston Martins are the Bond saga's pride and joy when it comes to automobile-based action scenes. "I've been fortunate enough to work with a number of the Aston Martins that have featured in a number of the Bond movies", he says. "We've got the Aston Martin Vantage, which is the iconic Vantage. We've got the DB10, the 003, the Valhalla, which is going to make an appearance in this film...But the DB5 is my favourite". We'll have to watch for a glimpse of these iconic vehicles as they're put through their paces in the upcoming action scenes of 'No Time to Die'.

'No Time to Die' will be the final film starring Daniel Craig as Agent 007, marking his fifth film as the pop culture icon following his other appearances in 'Casino Royale', 'Quantum of Solance', 'Skyfall' and 'Spectre'. The film, directed by Cary Fukunaga, is set to wrap up the adventures of Craig's incomparable Bond, as confirmed by producer Barbara Broccoli to Mashable. "The story is really an accumulation of the past four films and this one, so the sort of five-film cycle", she says. 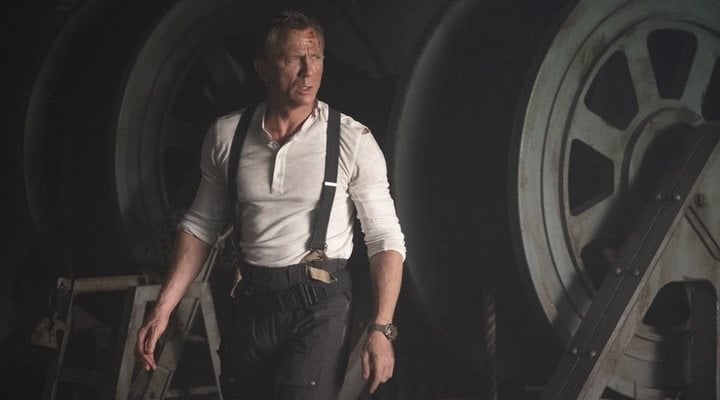 As the fifth and final film led by Daniel Craig, 'No Time to Die' faces the pressure to conclude the emotional and narrative arcs of the quintet. "I think the arc of his character, particularly the emotional arc of his character, is really kind of completed. We feel it's very satisfying conclusion to his movies, so hopefully the audiences will too. Obviously we care about each one of these films, but I think the fact that it is Daniel's last has just given us all that extra bit of push to make it the best ever. I think he is really extraordinary. He's never been better", finishes Broccoli.

Joining Daniel Craig for his last hurrah as Bond will be Ana de Armas as Paloma, a bubbly Cuban CIA agent (for whom Phoebe Waller-Bridge was brought in to assist with the dialogue), Lashana Lynch, a fellow '00' agent, and Rami Malek as the twisted villain Safin.