Disney's Live-Action 'Lady and the Tramp': Visually Captivating, But Failures to Capture the Magic and Charm of the Original

When asked about the most iconic moments within the Disney canon, some people might say the scene in which Cinderella's rags transform into a blue ball gown at the wave of a wand or when Belle and the Beast waltz around the room as a love ballad swells triumphantly in the background. Many more, I'm sure, would point to the moment in 1955's 'Lady and the Tramp' in which pampered pooch Lady and streetwise scoundrel Tramp share an accidental kiss along with their plate of spaghetti and meatballs. This scene, along with the film as a whole, is extremely dear to any lifelong Disney fan and so when Disney+ announced that they were launching a live-action version on the platform (which will be released in the UK on the 24th March), many people were anxious to see how this class-transcending romance between two lovable canines translated to the live-action medium. Having now seen 'Lady and the Tramp' in all its live-action glory as Tessa Thompson and Justin Theroux take on the voice roles of the titular pair, I can now say that whilst the film is visually stunning and takes full advantage of this new, modernised medium, it somehow fails to capture the magic and sweetness of the original. 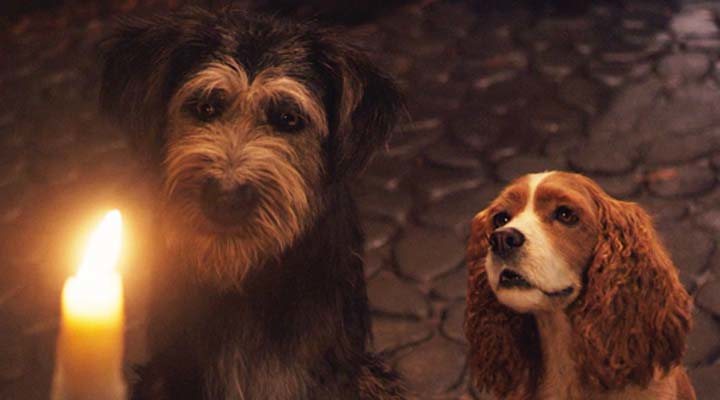 Director Charlie Bean has a background in animation and his dedication to onscreen visuals is clear in how beautifully made and designed every shot, scene and set piece is. In a beautiful allusion to the film's hand animated roots, the film opens with a hand-drawn backdrop that soon morphs into the live-action hustle and bustle of turn-of-the-century New Orleans. The transition is seamless and will appeal equally to Disney's younger viewers and older audiences who are perhaps watching the adaptation with not a small dose of nostalgia. Bean makes the most of the famously vibrant and diverse setting of New Orleans to infuse the screen with colour and life. Every scene and setting, from the busy restaurant quarter and Tramp's railroad digs to the Darling and Jim Dear's suburban home, is visually arresting and feels as though you're taking a stroll through some sort of storybook land. It will be difficult to tear your eyes away.

In terms of the performances, 'Lady and the Tramp' boasts some big names when it comes to voice actors. In addition to Tessa Thompson and Justin Theroux, Janelle Monáe, Sam Elliott and Ashley Jensen also loan their voices to a jazzy Lhasa Apso, a trusty bloodhound and an energetic Scottish Terrier respectively. All of these actors do wonderful jobs at playing up the idiosyncrasies of their roles. Ashley Jensen's quick-tempered rants and Janelle Monáe's smooth philosophising make their characters seem individual and memorable, quickly endearing them to the audience. Justin Theroux is particularly wonderful as Tramp, somehow conveying both his bravado and intense vulnerability just through his diction. Strangely, it is the live-action performances that are somewhat weaker. Despite their best efforts, neither Thomas Mann nor Kiersey Clemons manage to bring Jim Dear and Darling out of the one-dimensional territory given to them by sugar-sweet dialogue. Adult audiences will likely tire of Adrian Martinez's comically dramatic dog catcher early on, though Martinez plays the role with enough zeal to keep younger viewers giggling. That being said of the characters, Yvette Nicole Brown plays the reinvented version of Aunt Sarah with such relish that even at her most villainous moments, your eye can't help but be drawn to this near-hysterical, painfully oblivious force of nature. Brown portrays the character with such energy that you never quite manage to hate her (the same cannot be said of her creepy cats, however). 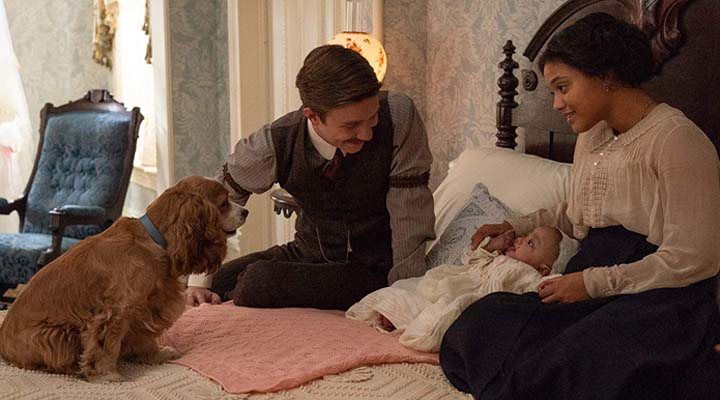 Unlike the upcoming live-action 'Mulan', which intends to focus on Hua Mulan's warrior status by minimising romance and musical numbers, 'Lady and the Tramp' seems content to maintain the themes first presented in the 1955 version, although the creative team did make the wise choice of removing the frightfully Orientalist song 'We Are Siamese'. The film remains an exploration of class prejudice and the transcendence of it, as well as an ode to the importance of independence. Whilst some viewers perhaps would've liked the film to approach these themes from a different angle and add a new perspective to justify the film being made at all, these topics of discussion remain relevant today and are approached with sensitivity by the cast and crew. For parents considering subscribing to Disney+ with their children in mind, this could be a good and healthy way to start discussions.

Despite these considerable strengths, I couldn't help but find myself rather less charmed by the adaptation than I was by the original, a clear trend when it comes to Disney's live-action remakes which often lack the originality and nostalgic associations to earn rave reviews. With 'Lady and the Tramp', this is partially down to the limitations of the live-action medium. Whilst Charlie Bean does a wonderful job with setting and the physical appearance and mannerisms of the dogs (thankfully, we do not have a repeat of 'Cats' when it comes to this one), in trying to keep the animals as real as possible, their faces lose the capacity to adequately express themselves on screen and the audience is forced to rely at times solely on the voice performances to be emotionally moved by certain scenes.

The soundtrack, a lovely combination of light jazz and soft lullabies that form a well-chosen backdrop to New Orleans, is just that: a backdrop. With the exception of an adorable recreation of the 'Bella Notte' scene on what has to be the cutest dog date of all time, none of the songs are particularly memorable, even with distinctive artists such as Monáe performing. This slow-moving soundtrack sometimes serves to emphasise how meandering and slow-paced the film itself is. Whereas the original is 76 minutes long, this live-action adaptation is 103 minutes long, and not enough new material is added to make those 27 extra minutes feel necessary or justified. In dragging out the film, it unfortunately loses some of the whirlwind romantic magic of the original. Other than Lady's initial escape to the streets and the occasional chase scene, the film is too slow to keep viewers consistently engaged.

To put it in a nutshell (or, perhaps, a meatball, in this case), the live-action adaptation of 'Lady and the Tramp' for Disney+ is a visually impressive contribution to the platform from director Charlie Bean and the star-studded cast give some strong and distinctive performances, especially amongst the voice roles. Once the pasta has been eaten and the last notes of 'Bella Notte' have faded out, however, you suddenly realise that your expectations still feel somewhat unmet as, unlike with the original, the magic of this charming canine love story cannot sustain itself when the plot slows down.

The Best: The vivid and attention-catching set design and visuals. An excellent voice performance from Justin Theroux.

The Worst: The slow pace and lacklustre soundtrack.