'Space Jam 2' leaks suggest that Joker, The Mask and Pennywise could appear in the sequel

In 1996, a little film called 'Space Jam' put together the unlikely cast of Michael Jordan, Bill Murray and several Looney Tunes characters and ended up grossing $230 million worldwide. Now, over two decades later, filming has wrapped up on the long-awaited sequel, 'Space Jam 2', and leaks from the set suggest that amongst the colourful cast of characters set to appear in this next instalment could be Jared Leto's iteration of Joker, Jim Carrey's The Mask and Pennywise from the 'It' cinematic franchise. 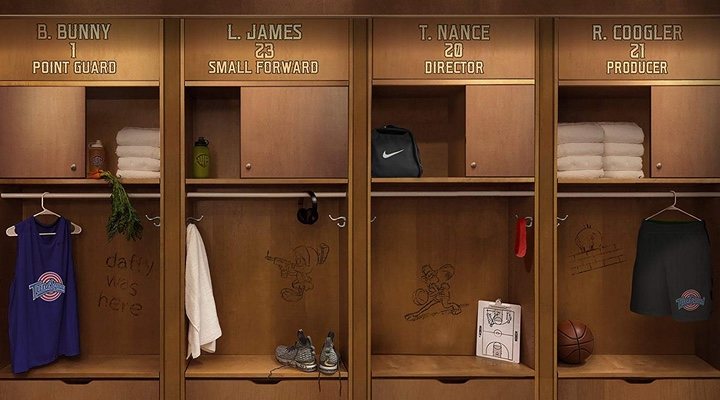 'Space Jam 2' is already known to star professional NBA player LeBron James playing the role of himself, but now leaks on Reddit and Instagram have suggested that the athlete will be joined on screen by this eclectic cast of pop culture villains. As noted by Cosmic Book News, one Instagram page posted a pair of images allegedly from the set of 'Space Jam 2' that feature what appears to be Jared Leto's version of the 'Batman' villain the Joker, Pennywise the Clown and Jim Carrey's titular character from the 90s throwback hit 'The Mask'. The rumours on Reddit suggest that in addition to these characters, 'Space Jam 2' will feature several familiar faces from Warner Bros. films and franchises such as 'Harry Potter', 'The Matrix' and 'The Wizard of Oz'.

NO WAY, NO F**KING WAY, THERE'S NO WAY WE'RE GETTING THE JOKER, PENNYWISE AND THE F**KING MASK IN #SPACEJAM2 . GUESS LETO'S NOT GETTING RECASTED ??? IF JIM CARREY IS NOT RETURNING AS THE MASK, I'M LITERALLY GONNA KILL MYSELF!!!! CAN'T BELIEVE NO ONE HAS POSTED THIS EXCEPT ME ( ?????? @dcuverse )

"This is true", promises one Redditor. "Mad Max characters, Clockwork Orange, Joker, Pennywise, Penguin, Wicked Witch of West, Agent Smith are all in it". 'Space Jam 2' is set to feature cameos from several characters across the WB filmography, though these leaks have got us wondering whether this sequel will have a unique villainous twist to it to distinguish it from the original in which the most notable WB characters were the Looney Tunes crew.

After completing filming back in late 2019, 'Space Jam 2' is scheduled for release on the 16th July 2021. LeBron James is set to produce the flick as well as star in it, with 'Black Panther' writer and director Ryan Coogler also taking on a production role. The film is directed by Malcolm D. Lee, whose other directorial credits include the Tiffany Haddish comedy 'Girls Trip' and 'The Best Man Holiday'. In addition to several of James's NBA colleagues, Don Cheadle ('Avengers: Endgame') and Sonequa Martin-Green ('The Walking Dead') allegedly star.