Did Yoda predict the rise of Rey 40 years ago in 'Star Wars: Episode 5 - The Empire Strikes Back'?

What if Yoda knew about Rey's existence in 'Star Wars: Episode 5 - The Empire Strikes Back'? This is the question that was posed a few days ago by Cheekywanquer, a Reddit user who believes that there may have been a reference to the beloved protagonist of the most recent trilogy in a scene from Episode 5. When Luke Skywalker abandons his training to rescue his friends, Obi-Wan Kenobi and Yoda have a conversation in which Obi-Wan comments that Luke was their only hope, an assertion to which the Jedi Master responds that there is somebody else. Many users have responded by pointing out, correctly, that this other hope is Leia, Luke's sister, but the idea has ignited a debate surrounding the possibility that Rey has been present in the 'Star Wars' story for years.

Although it seems that the discussion is now closed and that Yoda was undoubtedly referring to Leia, there are fans that think that this moment could be used as a form of retrospective continuity, meaning that the scene could be reinterpreted to serve as part of Rey's story in 'Star Wars: The Rise of Skywalker', making Rey the other hope prophesied by Yoda. 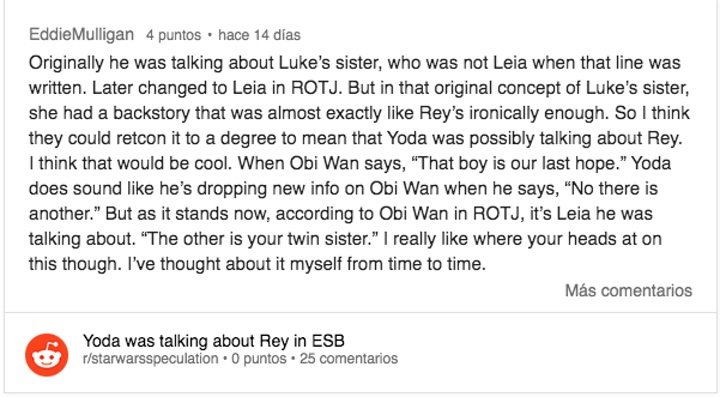 "Originally, he was talking about Luke's sister, who was not Leia when that line was written. [It was] later changed to Leia in ROTJ ['Return of the Jedi']. But in that original concept of Luke's sister, she had a backstory that was almost exactly like Rey's ironically enough. So I think they could retcon it to a degree to mean that Yoda was possibly talking about Rey. I think that would be cool. When Obi Wan says, 'That boy is our last hope', Yoda does sound like he's dropping new info on Obi Wan when he says, 'No, there is another'. But as it stands now, according to Obi Wan in ROTJ, it's Leia he was talking about. 'The other is your twin sister'. I really like where your head's at on this, though. I've thought about it myself from time to time".

"If they retcon that, the internet will explode. And this time they will be in the right [in reference to those that are in agreement with this theory]".

Although it seems unthinkable that Yoda was referring to Rey, the truth is that the defenders of this theory have a point in that the Jedi Master is talking about this other hope as though it is someone that Obi-Wan Kenobi will not have considered as their existence is unknown to him. Could Yoda therefore have been foretelling future events of the franchise?

Did Yoda predict the meme, though?

The internet has also had the pleasure of turning this particular scene from 'The Empire Strikes Back' into something downright hilarious. Recently, the image of Yoda as he says "there is another" has been reborn in the form of various memes. Whether this theory about Yoda's predictive capabilities is proven true or whether it's just another temporary theory created in an attempt to deduce the secrets of the expansive 'Star Wars' universe, at least we know that these memes are forever. Go down in history, he will. 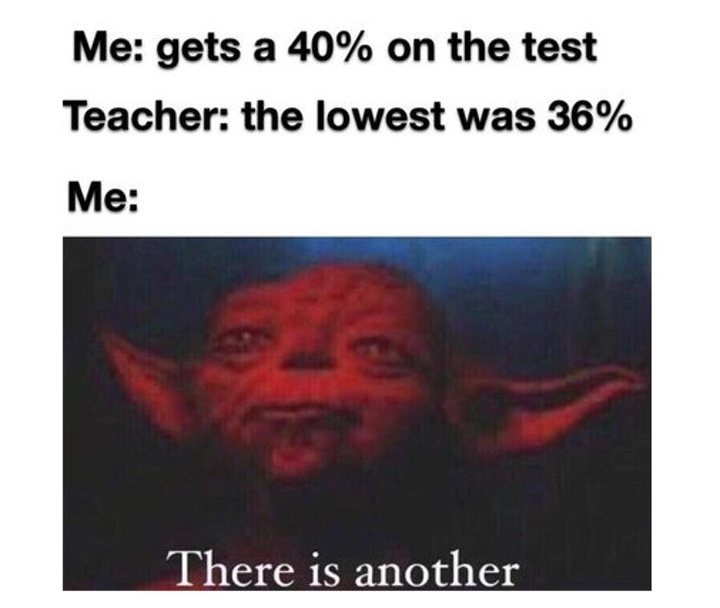 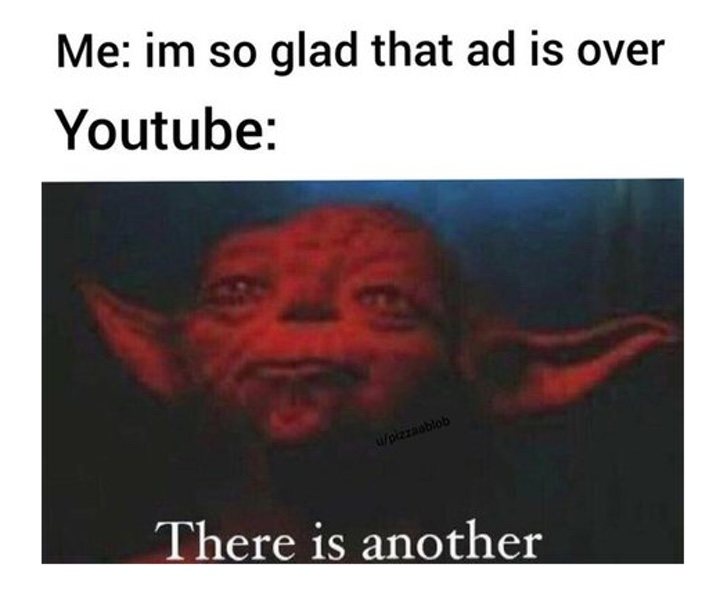 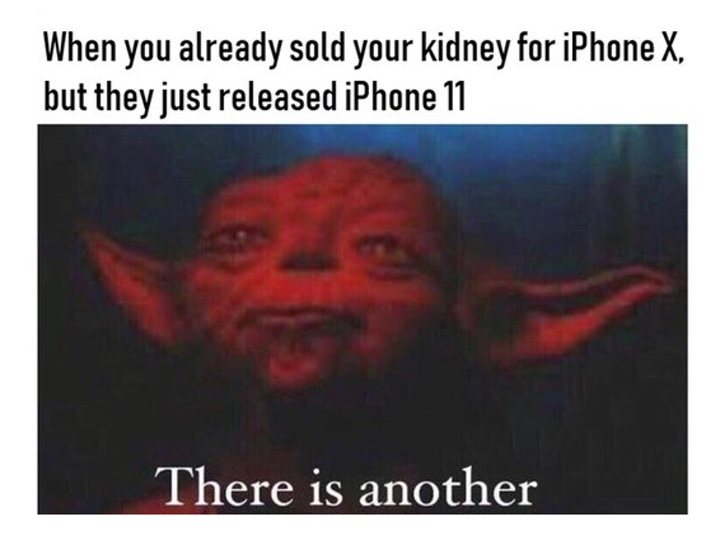