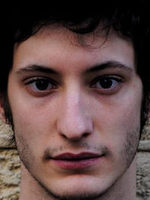 Born 13 March 1989 in Boulogne-Billancourt, Hauts-de-Seine, France. Son of a documentary film teacher and an author of leisure manuals. At only 11 years old, Pierre Niney makes his debut in theater. After studying at the Claude Monet High School, he finished his studies at the prestigious National Conservatory of Dramatic Art in Paris. Later, he would make history when entering the celebrated Comédie-Française with only 21 years. With an important name in the theatrical scene, he debuted in 2008 in the cinema with 'Nos 18 ans' and 'LOL (Laughing Out Loud)'. After collaborating with Robert Guédiguian in 'The Army of Crime' and 'The Snows of Kilimanjaro', he has supporting roles in films 'Romantics Anonymous' or 'Just Like Brothers'. In 2013 he achieved his first starring role in the romantic comedy 'It Boy'. In 2014 he obtains the prize Caesar to the best actor in a leading role by 'Yves Saint Laurent'. A year later he stars in the thriller 'The Perfect Man'. In 2016 again dazzles the criticism with 'Frantz', by François Ozon. Among his other notable films are 'Five', 'The Odyssey', 'Altamira' or 'La promesse de l'aube'.

Pierre Niney has been active for 7 years, participating in 9 movies that average a 7.0/10 score.