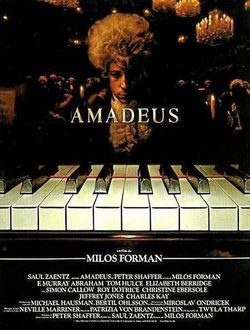 Century XVIII. Antonio Salieri is a famous musician, the favorite of Emperor Joseph II of Austria. Salieri made a covenant with God to be the best musician ever. However, the young Wolfgang Amadeus Mozart arrives at the court, and Salieri is in the background, as Mozart fascinates all with his talent, despite his eccentricities, becoming the favorite musician of the emperor. Insanely jealous, Antonio Salieri intends to ruin the career of Mozart regardless, even if he has to kill him. The film traces the life of the famous Salzburg's musician seen from the eyes of his rival. This film won 8 Oscars in 1985. One of them, the coveted award for best picture of the year.

?
Write your own 'Amadeus' review.