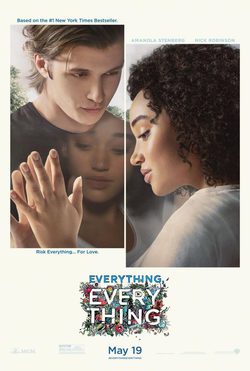 Madeline, better known as Maddy, is more or less a normal teenager. She has the same tastes and hobbies like the other young people except for one thing... She is different in a little thing, she has never left of his home. She is allergic to everything and she would probably die if she would left of his house. So the only people she can be with are her mum and her nurse. She can only and look towards the outside world through the window of his room. But one day, she observes something unusual: a moving truck in the same street. New Neighbors. She will fall in love with one of them, Olly. It's a hard love because they can't stay together, but they will do anything the can for being a normal couple. Starring by Amandla Stenberg and Nick Robinson, 'Everything, Everything' it's a teenage drama directed by Stella Meghie. Also, it's based on the book 'Everything, Everything' by Nicola Yoon. She has participated in the script. 'Everything, everything' is a romantic adolescent drama that nevertheless approaches its protagonists from a different point of view, putting them before the impediment of being together not for sentimental issues but for health issues. Finally, it will be another sign that love is the most powerful weapon of human beings. A power that can defeat everything, even the most serious and dangerous situations.

'Everything, Everything' Official Trailer 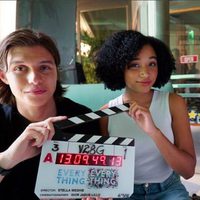 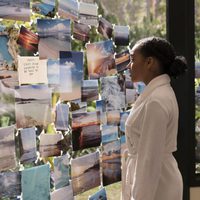 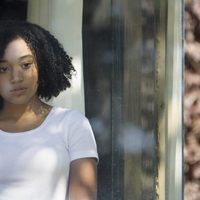 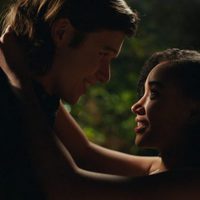 ?
Write your own 'Everything, Everything' review.

In the book, Olly shaved his hair and has blue eyes. When Maddy and Olly exchange phone numbers, the last four numbers are 0117, which look like the name Olly. There is a scene in the movie where the astronaut is sitting on a bar stool in a diner that Maddy created. This scene is a reference to the famous 1942 painting "Nighthawks" by American artist Edward Hopper.