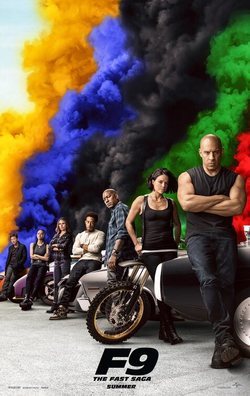 The 'Fast & Furious' saga continues with this ninth installment. The family already said goodbye to Brian and Mia in 'Fast & Furious 7' as a tribute to Paul Walker. In this ninth film, it's surprising the return of Mia Totetto to the action. That's because the threat they face must call for it, this time it goes straight to the heart. Dom and Leti will do anything to protect their created family and above all to protect the little Brian Marcos (Elena Neves and Dom's son). Cipher escaped from the team in the previous film and returns to this one just to make someone her ally to face Dom. That is Jacob Toretto, Dom's little brother. We don't know why is he angry or why we haven´t heard of him ever, but Cipher will use him against the Toretto family and friends. In this ninth film, most of the cast returns such as Vin Diesel, Michelle Rodriguez, Charlize Theron, , Ludacris, Jordana Brewster, Tyrese Gibson, Nathalie Emmanuel y Helen Mirren. The newest movie also brings new actors like the former WWE fighter John Cena playing the role of Jacob Toretto, Dom's little brother, who is seeking revenge, Jim Parrack ('Suicide Squad') and even Cardi B (who debuted as actress in 'Hustlers'), who will probably have a short cameo. It's surprising the return of some other actors: Sung Kang, that played the role of Han Lue, returns, or better said he "resucitates" since his character was allegedly killed in the third part of the saga. This beloved character is back joined by Lucas Black, who played Sean Boswell in 'The Fast and the Furious: Tokyo DrifT'. An important actor missing in this cast is Dwayne Johnson, who after working on 'Fast & Furious: Hobbs & Shaw' alongside Jason Statham, he decided not to return to the saga. 'Fast & Furious 9' premieres May 22 2020. 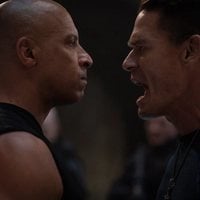 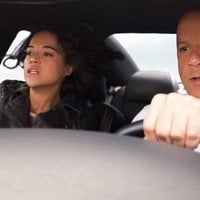 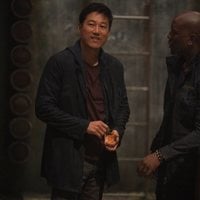 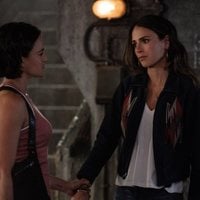 The film was pushed back to 2020, due to Dwayne Johnson and Jason Statham starring in a spinoff to the franchise. Tyrese Gibson announced on November 1st, 2017 that he would not be in the movie if Dwayne "The Rock" Johnson is in the film. The two do not get along and Tyrese is refusing to work with him. Vin Diesel posted a video to social media indicating that filming had begun on June 27, 2019 for this movie.