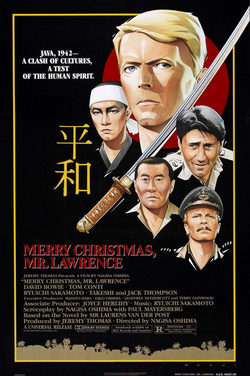 Directed by the acclaimed Japanese director Nagisa Oshima. In the Second World War, the New Zealand Major Jack Celliers is captive in a Japanese prison camp. There he will meet with Captain Yonoi, which is responsible for directing the prison camp; Lieutenant Colonel Lawrence, a British officer who lived in Japan and speaks Japanese fluently; and Sergeant Hara, a guy who apparently is a brutal man but keeps a human side and has developed a peculiar friendship with Lawrence. Captain Yonoi and Commander Celliers contain feelings that lurked in the depths of his being. The two strike up an attraction that both repress what strictest way possible. Not only fighting on different sides, Yonoi don't understand why the allied soldiers are delivered instead of committing suicide, because that impugns the honor and glory in Japan. Lawrence will try to explain to his fellow Japanese mentality, but they consider him a traitor. 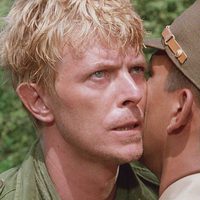 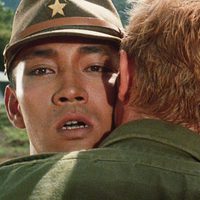 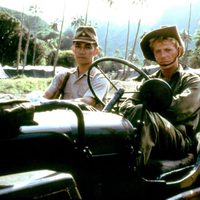 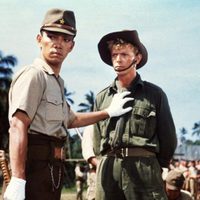