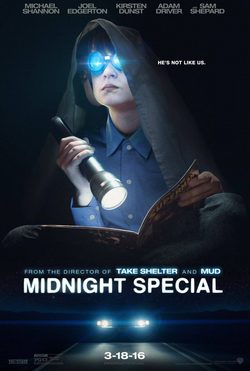 Jeff Nichols returns with a new film, known for films like 'Mud' or 'Take Shelter', brings a cast of stars formed by Michael Shannon, of 'Man of Steel', Kirsten Dunst, of 'Fargo' , Adam Driver, of 'Star Wars: The Force Awakeness' , Joel Edgerton, of 'Black Mass' and Jaeden Lieberther, of 'Masters of Sex'. The story focuses on Roy (Michael Shannon), who has to escape with his son Alton (Jaeden Lieberther), an eight year old boy who has the gift of having magical and mysterious powers, of religious extremists and local police, soon to use more drastic measures, linking the case with the US government. Alton and Ron begin a trip from Texas to the Florida coast to escape the high positions that threaten them. On this journey the protagonists explore and forge bonds of love, familiarity and trust. 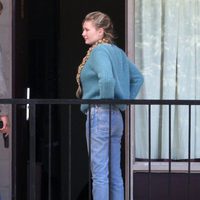 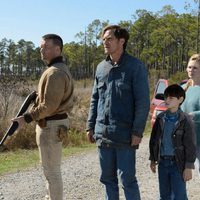 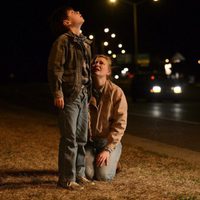 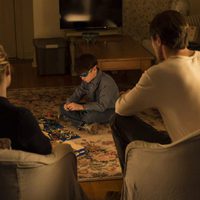 ?
Write your own 'Midnight Special' review.

The film was shot in 40 days. Jeff Nichols' fourth film to feature Michael Shannon. According to director Jeff Nichols, Adam Driver's first day on set was the same day he got the news he would be in Star Wars The Force Awakens.