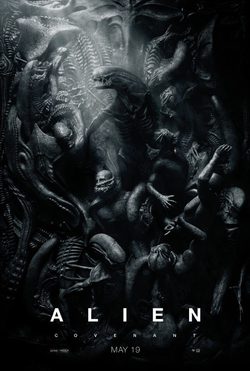 'Alien: Covenat' is the second movie of the new prequel saga of 'Alien', which began with 'Prometheus' in 2012. Ridley Scott retakes his legendary horror and science fiction franchise with this new series directly connected with the films of the late seventies. The film revolves around the story of the colony ship Covenant crew. The team will embark on an expedition to a remote region of the galaxy considered an unknown paradise. However, once there, your journey will become a nightmare when you discover the darkest and darkest part of the planet. They will realize that the area is a desert and dangerous place where its only inhabitant is David, a synthetic being and unique survivor of the expedition Prometheus. In this context, the group will have to find an escape route to save themselves from that planet. The film stars Michael Fassbender, who stars David, Katherine Waterston, Billy Crudup, Demián Bichir, Jussie Smollett, Danny McBride and others. 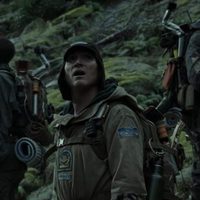 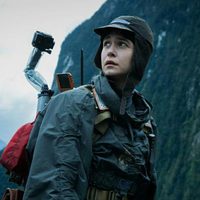 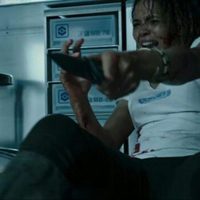 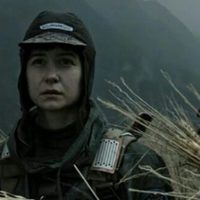 ?
Write your own 'Alien: Covenant' review.

The title for the movie was changed from 'Alien: Paradise Lost' to 'Alien: Covenant'. Only Michael Fassbender, Noomi Rapace and Guy Pearce reprise their roles in this movie after 'Prometheus'. Rebecca Ferguson was considered for the lead role, but Katherine Waterston was eventually cast.