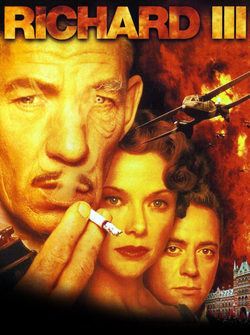 In 1930s Britain, a savage, civil war between two royal families has just concluded. But even as the newly installed King Edward takes the reins of power, his ruthless, younger brother Richard sets in motion a monstrous scheme to claim the crown for himself. Enlisting the aid of equally duplicitous allies in the court, Richard embarks on a merciless, single-minded campaign of betrayal, seduction and cold-blooded murder to achieve the goal that has obsessed him all of his tortured life: to beking...at any price.

?
Write your own 'Richard III' review.