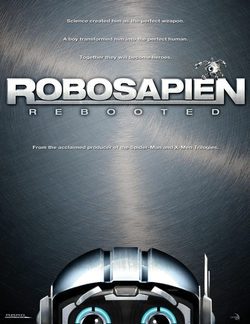 An inventor working for Kinetech Labs has designed a robot for search and rescue missions that has the ability to mimic human actions and emotions. After discovering that the robot?s advanced microchip is actually going to be used by Kinetech for military applications, the inventor programs the robot to flee, whereupon it is damaged. Twelve year old Henry finds the broken robot, fixes him up and names him Cody. With no memory of his past, Cody becomes Henry?s best friend, helping him win over his love interest, battle bullies and partake in some crazy fun. Cody quickly becomes a valuable part of Henry?s family as he helps them forge better relationships with one another, and even surprises them by remodeling their home.

?
Write your own 'Robosapien: Rebooted' review.