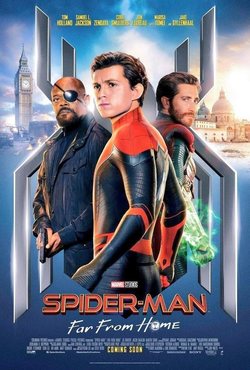 In the sequel to 'Spider-Man: Homecoming', your friendly neighbourhood Spider-Man decides that he wants a break from responsibilities in the wake of defeating Thanos (Josh Brolin) in 'Avengers: Endgame'. When his entire high school class goes on a trip across Europe, Peter Parker (Tom Holland) is determined to leave the spider suit at home and focus on spending time with Ned (Jacob Batalon), and maybe even asking MJ (Zendaya) on a date. These plans for some R&R go horribly awry when cities across Europe start being attacked by otherworldly creatures known as Elementals. Before he knows it, Peter's school trip is being hijacked by Nick Fury (Samuel L. Jackson), who introduces him to the superhero Quentin Beck/Mysterio (Jack Gyllenhaal). Beck explains that the Elementals destroyed his own universe and now intend to do the same to Earth. Though Peter and Beck were able to fight the Water Elemental, Beck warns that it is the Fire Elemental that will pose their biggest threat. Armed with his spider suit and Tony Stark's old high-tech glasses, EDITH, Peter's trip around Europe becomes a whistle-stop tour of the cities in which he has to protect the citizens from the destructive power of the Elementals (and finally ask out MJ) before it's too late. 'Spiderman: Far From Home' is directed by John Watts ('Cop Car'). Hide full plot... Show full plot

Jon Watts: "There are a lot of places we can go based in how 'Spider-Man: Far Fram Home' ends" 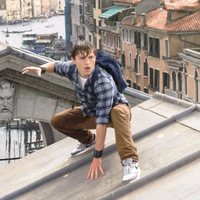 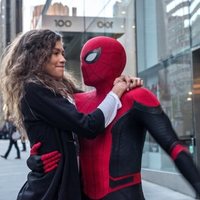 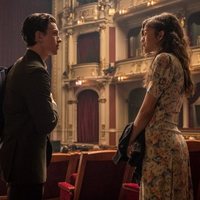 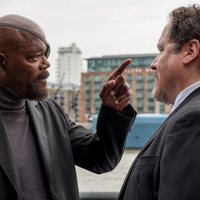 ?
Write your own 'Spider-Man: Far From Home' review.

'Spider-Man: Far From Home' is the last movie of the Infinite Saga and the Marvel Cinematic Universe's Phase 3. Tom Holland "accidentally" gave away the title for this movie on a YouTube video. First Marvel film to feature transgender actors in major roles: Zach Barack and Tyler Luke Cunningham.