Gwyneth Paltrow forgot she was in 'Spider-Man' again, so Instagram quickly reminded her

We all have those moments of forgetfulness. But whereas most people usually scratch their heads and wonder where they've put their keys or whether they've left the stove on, Gwyneth Paltrow somehow forgets her starring role in an entire cinematic saga. An easy mistake to make, right, Gwyneth? 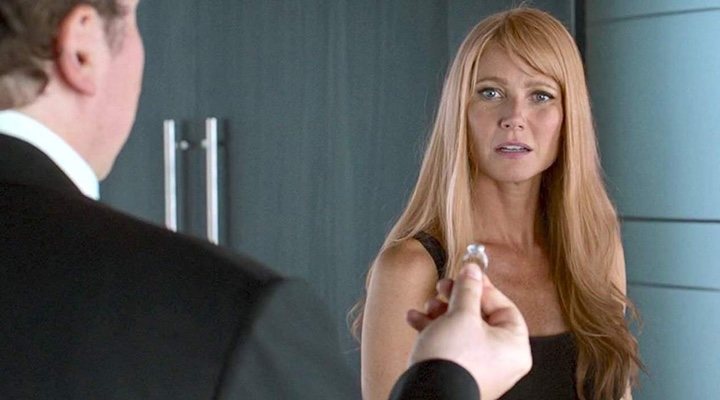 Paltrow recently commented on an Instagram post from Man Repeller which featured Zendaya in her outfit of choice for the Critics' Choice Awards 2020: a statement look designed by Tom Ford that combines the futuristic and the medieval in the form of a bright fuchsia breastplate. Paltrow wore the same get-up on the cover of the February edition of the magazine Harper's Bizarre, a coincidence that led the actress to comment: "Thank God I can say I have something in common with Zendaya".

If that remark sounds a little bit off to you, it's with good reason. In fact, Paltrow and Zendaya have a considerable amount in common, not least the fact that they have both collaborated with Marvel Studios to shoot films set within the MCU. The two actresses starred together in the 2017 hit 'Spider-Man: Homecoming', which saw Zendaya make her debut as Peter Parker's deadpan classmate, Michelle, whilst Paltrow reprised her role of Pepper Potts, a character who first appeared in the Marvel Cinematic Universe back in 2008 with 'Iron Man'.

Instagram didn't wait long before breaking this news to Paltrow herself. As noted by Comments By Celebs on Instagram, Writer Ira Madison III wrote what we were all secretly thinking and was backed up by more than 300 likes: "Gwyneth...you're both in Spiderman". Paltrow seemed rather surprised by this revelation if the use of caps lock is anything to go by, and replied: "WE ARE???"

As pointed out by Huffpost, this slip-up does not mark the first time that Gwyneth Paltrow has forgotten the integral part played by Pepper Potts in the MCU and the 'Spider-Man' saga. In October 2019, she swore to her Marvel co-star Jon Favreau that she had not appeared in 'Spider-Man: Homecoming', much to Favreau's surprise and amusement. When talk show host Jimmy Kimmel asked her about the blunder, the actress explained: "I just got confused. There's so many of these wonderful Marvel inter-connecting movies and I thought that it was an 'Avengers' movie, but it wasn't".

In all fairness to Paltrow, the MCU is somewhat of a labyrinth, with so many overlapping storylines and character connections that it's hardly surprising that Paltrow struggles to remember exactly which films in the franchise have featured her beloved Pepper Potts. There is one thing, however, that probably makes 'Spider-Man: Homecoming' more forgettable than the rest. "I never actually saw the movie", she admits. We wonder just what our favourite friendly neighbourhood Spider-Man would have to say to that.