'Morbius': the first image of Jared Leto as Marvel's Morbius the Living Vampire has dropped

After a brief turn as an admittedly unpopular Joker in 'Suicide Squad', Jared Leto returns to the world of superheroes this time in collaboration with Marvel Studios as he takes on the role of the vampiric villain in 'Morbius'. Though fans are still eagerly awaiting a trailer for this film that is set to give the big-screen treatment to the story of scientist Michael Morbius and his superhuman transformation, the wait is not entirely without its rewards, now that the first image of Jared Leto in character has dropped.

Twitter user @Alkhan111 gushed over the first image of the vocalist and actor in this iconic role: "Morbius looks great and now I'm even more hyped than before". Attached to the tweet is a side-by-side image of both the comic and cinematic incarnations of Morbius, which are uncannily similar both in pose and expression. We, too, are officially hyped for this seemingly loyal take on the comic book character that first appeared as Spider-Man's antagonist in 1971.

Currently, it's predicted that the trailer for 'Morbius' will launch on the morning of Monday 13th January, coinciding with the next scheduled trailer for Marvel's 'Black Widow'. Fans are eager to find out whether this film will crossover with the worlds explored in 'Venom' or 'Spider-Man: Far From Home'. According to MCU Cosmic, 'Morbius' will include some background references to the world of Peter Parker, though there is no mention of the rumoured cameo of Tom Holland as our friendly neighbourhood Spider-Man.

Amongst those starring alongside Leto will be Adria Arjona, Matt Smith, Tyrese Gibson, J.K. Simmons and Jared Harris. Daniel Espinosa directs this horror-inspired take on the superhero genre, which will arrive in UK cinemas on the 31st July 2020. 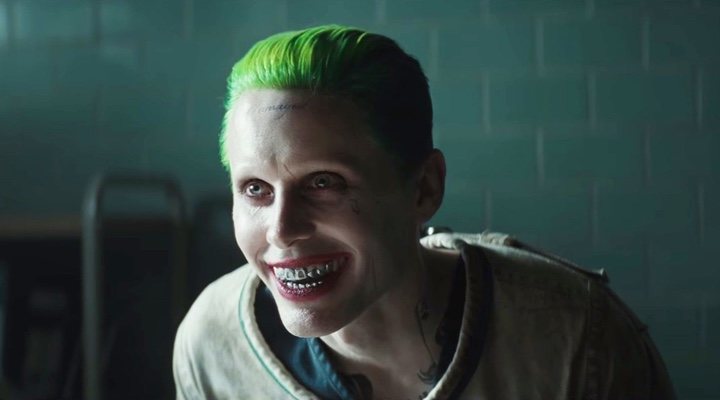 For better or for worse, the image of Jared Leto in the role of The Joker in 'Suicide Squad' will be forever burned into the brain of every die-hard comic book fan. Though his performance in itself is debatable, it's safe to say that his participation in the film left a lot to be desired for fans that had last seen the character take to the screen in the capable hands of Heath Ledger. With the film failing to meet the high bar set by fans and critics, DC is currently preparing a revamped version of the story in the film 'The Suicide Squad' directed by James Gunn. In this new take on the tale, several changes have been made to the cast - not least the decision not to cast Leto in the role of the iconic villain this time around.

In contrast to Leto's Joker, Joaquin Phoenix triumphed as Arthur Fleck with his unique spin on the character in 'Joker'. Phoenix's performance was so well received that the Golden Globe for the Best Performance by an Actor in a Motion Picture (Drama). According to THR, this Todd Phillips hit left Jared Leto feeling "alienated and upset" to such an extent that he allegedly tried to cancel the film's production by asking his manager Irving Azoff to speak with Warner. Leto purportedly felt as though the studio had lead him on with promises of a stand-alone Joker film, so the success of Phoenix in this very role was no doubt a disappointment for the singer and actor. Hopefully, the high hopes placed upon 'Morbius' can live up to them where 'Suicide Squad' did not and Leto can finally let this grudge go.