In recent weeks, several celebrities, from Tom Hanks to Idris Elba, have encouraged the public to practice self-isolation protocol in an effort to slow down the spread of the highly contagious coronavirus (COVID-19). Amongst these voices calling for people to #stayathome, however, are a few dissenters, including 'Lost' actress Evangeline Lilly. The actress replied to a comment on Instagram, revealing her priorities by stating that "some people value their lives over freedom, some people value freedom over their lives". She has also confirmed in other posts that she and her children are going about their daily lives and social activities as normal. Whilst many people have criticised Lilly for her words, few people know how to put someone in their place better than the Queen of the North, Sophie Turner, who had a few choice words for Lilly and other people refusing to join the effort to flatten the curve. 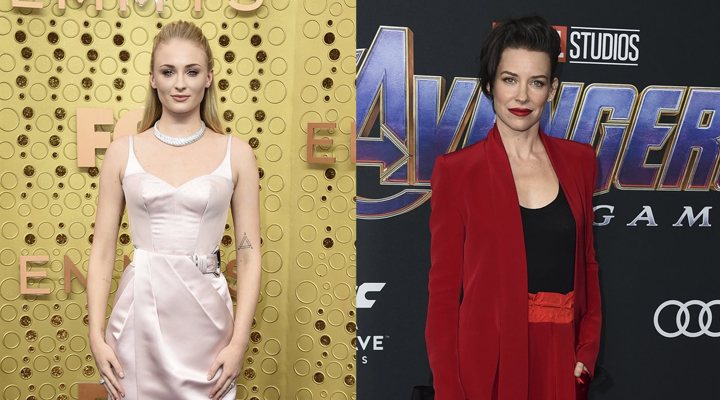 During a live video on her Instagram account alongside husband and musician Joe Jonas, Turner, who is most famous for her role as Sansa Stark on 'Game of Thrones', denounced people's irresponsibility for going out and risking the infection of other people during the coronavirus crisis: "Stay inside. Don't be fucking stupid, even if you count your freedom over your health. I don't give a fuck about your freedom. You could be infecting other people, other vulnerable people, around you by doing this. So stay inside, guys. It's not cool, it's not big and it's not clever".

Turner may not refer to the actress by name in the video but her cutting comments about valuing "freedom" over all else are extremely close to Lilly's own words. Others also suggest that Turner could be subtly criticising Vanessa Hudgens for her insensitive comments about the deaths caused by the coronavirus.

Even with a filter on her face and her husband in the background, Turner's message is clear: stay at home. The health of the majority must be our priority.

Celebrities Speaking Out About COVID-19

Several artists, actors and celebrities have shared messages of support as the world enters into this uncertain time. Many of them preach the importance of self-isolation to prevent the spread of the virus, although even these messages have received criticism for being pretty words that are not backed up by helpful action. Gal Gadot's video of several celebrities singing 'Imagine', for example, inspired more anger than praise due to many people failing to see how watching affluent celebrities in secure homes and with income to spare singing does anything to help the majority of people affected by the crisis.

My sister @jamielynnspears has nominated me to participate in the #DoYourPartChallenge so I'm picking 3 fans to help out during this difficult time ... DM me and let me know how I can help and I will do what I can !!! GOD BLESS ??? I nominate @willsmith @samasghari @cadehudson22 !!!

Many celebrities are offering their help in a more concrete way, however, by donating money to research or medical facilities. One artist that has pledged her support is Britney Spears, who shared a short video on Instagram in which she laments the "hard times" that the world is going through and states "whether it's food or getting your child diapers or whatever it is, DM me and I will you help you out".

I've been really sick and I am now on the mend.

It is very possible I contracted coronavirus and I have access to get tested but I do not want to. The reason is because there is a shortage of covid-19 test kits in the U.S. and the sick patients need it more than I do

A more serious aspect of Hollywood's relationship to the coronavirus was highlighted in the New York Times, which pointed out that many of the rich and wealthy have been diagnosed with the virus despite exhibiting few or no symptoms. This suggests that although testing kits are limited in number, people with more privilege have considerably greater access to them despite not being high-risk patients. Actor and model Nyle DiMarco fought against this and uploaded a short video to Twitter in which he explained that despite showing all the symptoms of COVID-19, he opted against taking the test so that these resources could be kept back for high-risk patients. He highly encouraged other healthy people not on high-risk lists to do the same.

Shang-Chi and the Legend of the Ten Rings