'Spider-Man: Far From Home': a Romance between Aunt May and Happy Hogan?

Although the 'Spider-Man: Far From Home' trailer has still not been released online, a lucky few were able to enjoy Brazil's Comic-Con Experience, in which some exciting details were revealed. One of the things which surprised fans the most was the scene with Happy Hogan (Jon Favreau), Tony Stark's Head of Security, Aunt May (Marisa Tomei) and Peter Parker (Tom Holland). According to Collider, the trailer begins with a scene between Peter and May, when suddenly Happy "appears and makes a comment about how May's changed her outfit or hair", to which Peter responds with an icy look as if to say "what are you trying to do with my Aunt?".

The news of a possible romance between Stark's Head of Security and Aunt May has sparked the interest of fans, but not everyone is convinced by it as many were hoping to see more LGBTQ+ representation with May's character.

"Aunt May and Happy Hogan are having an affair." pic.twitter.com/iYGvgK77fo

people: make aunt may bi and let her have a gf
marvel:
marvel: so anyway she's gonna date happy hogan

Although fans were simply confused by the script writer's choice of pairing, many were excited to see May's character moving on with her life and having romantic prospects on her horizons.

So fans are currently pissed at the Happy Hogan/Aunt May relationship that may happen in FFH?

What you're trying to tell me is that May is not even allowed to move on from what happened to the past and try to find a new husband?

In truth the scene could even simply reflect a one-sided love on the side of Happy. It would not be the first time (nor the last) that on of the men in the Marvel universe has tried to flirt with Peter's aunt. However, the importance the scene was given in the trailer seems to suggest otherwise. Either way, fans will have to wait until the release of the film in 2019 to see how things play out. 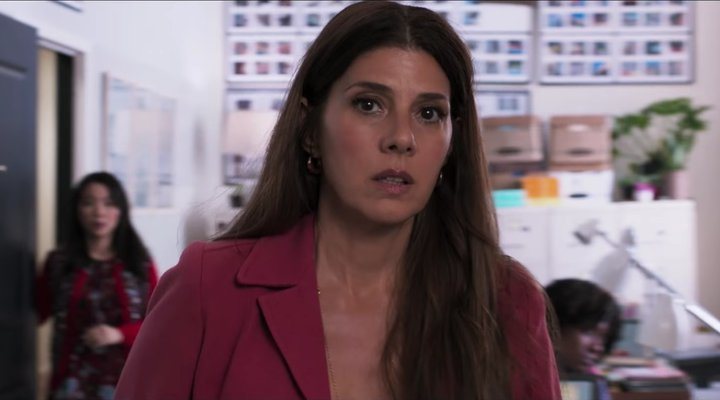 What happened to Spider-Man?

The trailer not only leaves us with the rumor of a possible new romance, but also with several question marks about the fate of Peter Parker. The last we saw of the character was him disintegrating into dust in the arms of Tony Stark (Robert Downey Jr.) at the end of 'Avengers: Infinity War', and we also know that 'Spider-Man: Far From Home' takes place after the events of 'Avengers: Endgame' (which is coming to cinemas next April). However, in the trailer there was not a single reference to either of the two films, leaving us with so many questions about what happened to the young superhero.

For now, the details we have about the trailer say that in this film Peter goes on a school trip to Europe where he meets Fury (Samuel L. Jackson), thus suggesting that he is being summoned on some sort of mission. Furthermore, Mysterio (Jake Gyllenhaal) makes an appearance for the first time in some of the fight scenes, dressed in the classic comic book costume.

To find out the truth about Peter Parker's fate and to discover the new super-villain, Mysterio, you will have to wait until 2019, when the film is released in cinemas worldwide.