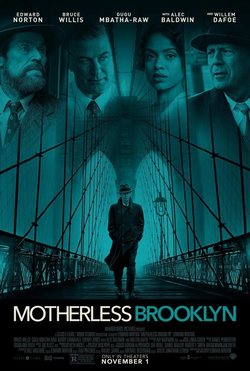 'Motherless Brooklyn' takes us to the New York of the fifties, where Lionel Essrog (Edward Norton), a withdrawn private detective who suffers from Tourettes syndrome (a syndrome characterised by the manifestation of multiple tics, both physical and vocal), will have to resolve one of the most importante murders of his professional career: that of his mentor and only friend Frank Minna (Bruce Willis). Armed only with a few clues and his obsessive mentality, this detective manages to unravel the best kept secrets about the fate of New York. Passing through gin-soaked jazz clubs in Harlem, the slums of Brooklyn and, finally, the golden halls of the powerful businesses in New York, Lionel fights the most dangerous and corrupt man in the city with all that he's got to honor his friend and save the woman who might be his own salvation. The film is stars, and is also written and directed by, Edward Norton ('Birdman', 'American History X' and 'Primal Fear'). Joining the cast are Bruce Willis ('Die Hard', 'Pulp Fiction'), Willem Dafoe ('Spider-Man', 'The Florida Project'), Leslie Mann ('Knocked Up', 'The Other Woman'), Alec Baldwin ('The Departed', 'It's Complicated') and Gugu Mbatha-Raw ('The Beauty and the Beast'), Bobby Cannavale ('The Irishman', 'Jumanji'), Cherry Jones and Michael Kenneth Williams. Hide full plot... Show full plot 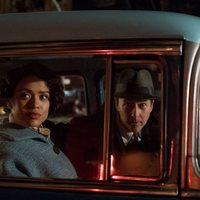 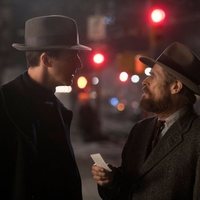 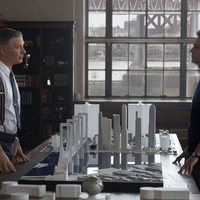 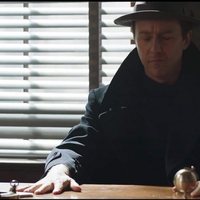 ?
Write your own 'Motherless Brooklyn' review.

This is the second film directed by Edward Norton. The first one was 'Keeping the Faith' (2000), starring Ben Stiller, Jenna Elfman and Norton himself. It's the first time that Edward Norton is credited as writter of a film, eve though the actor had already worked on scripts such as 'Fight Club', 'Frida' and 'The Incredible Hulk'. According to the book "Room to Dream", when the book was published, David Lynch eas offered the possibility of producing or directing it. Finally, he did not enter the project.