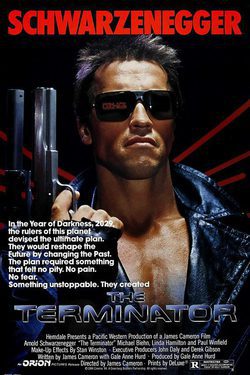 In 2029, Earth has been dominated by robots. Humans have to live in hiding. John Connor is the leader of the resistance that has managed to put in check Skynet, the dominant machine. That is why the Skynet sends a Terminator to 1984, Terminator it's a robot whose sole mission is to kill Sarah Connor, the mother of John Connor, and thus prevent its birth, which would end all problems of the machines. Likewise, resistance know of this and sends Kyle Reeves at the same time to protect Sarah from the Terminator. But this robot is programmed to kill and stop him will not be easy. First installment of the 'Terminator' saga starring Arnold Schwarzenegger and directed by James Cameron.

Time travel through the movies

A lot of films have explored the limits of time, getting to know ancient civilizations, making bets about distant futures, or skipping forward and backward through the chronological axis. 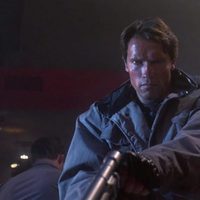 ?
Write your own 'The Terminator' review.