'Avengers: Endgame': The Easter Eggs, Cameos and Connections to the MCU

Although it has only been in cinemas for less than a week, 'Avengers: Endgame' has already cleared the path on its way to becoming one of the biggest cinematographic events of the century, and one of the most fan-loved films within the Marvel Cinematographic Universe. This finale to the decade-long saga successfully resolved all of the questions and doubts left over from the prequel, 'Infinity War', while paying homage to all of the best-loved films which have come before. 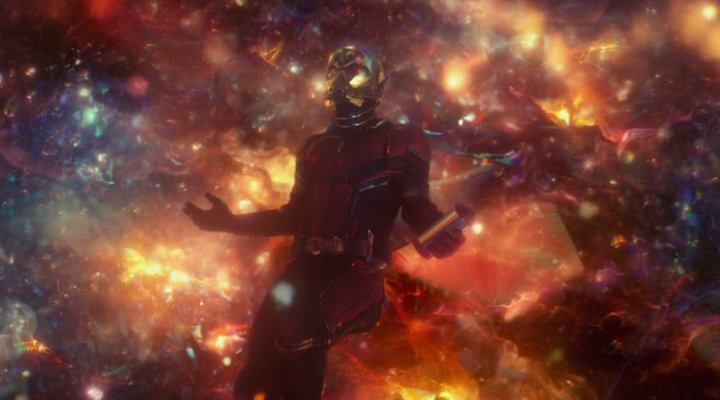 The way in which the Avengers decide to fight back against Thanos and restore order after the apocalyptic Snap is with time travel. In this version of time travel logic (because in the past hundred years of science fiction, there have been many) there is not simply one timeline, but rather an infinite number of alternative timelines which are created every time a decision is made; therefore, the heroes are able to travel to their own pasts without affecting their present. Making use of Ant-Man's knowledge of the Quantum World and Tony Stark's genius, the surviving heroes manage to create a machine which allows them to travel back to significant points in their own timelines in an attempt to restore the infinity gems. The film therefore has the perfect excuse to return to the most memorable moments in MCU history and pay homage to the past eleven years. Here we have compiled a list of the best cameos and nods in the film:

The death of Robert Downey Jr.'s character gives the perfect excuse to unite all of the most significant secondary characters in the MCU in one place. Happy (Jon Favreau), Thaddeus Ross (William Hurt), Aunt May (Marisa Tomei), Maria Hill (Cobie Smulders) and Nick Fury (Samuel L. Jackson) all unite at the emotional funeral for the beloved hero.

The blond teenager, however, is the most interesting character to appear. He may look unfamiliar in the scene, but Ty Simpkins makes a cameo appearance, returning to his role as Harley Keener, the boy who helped Tony Stark in 'Iron Man 3'.

However, his sad end scene is not Tony Stark's final farewell; although there is no post-credits scene, while the Marvel Studios logo appears at the end of the credits, the metallic sound of Tony creating his first Iron Man suit in the 2008 film can be heard in the background: a metaphor-laden reminder that in every end is a beginning. 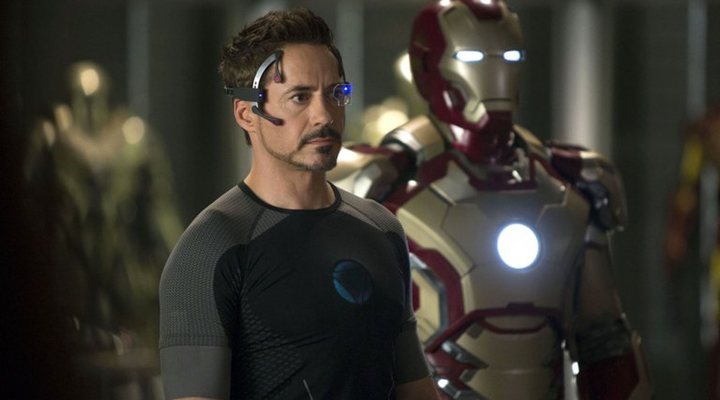 One of the places (or rather, times) to which the heroes travel in order to retrieve the infinity stones is New York in 2012, the time of the epic final battle at the end of the first 'Avengers' film. At this time three of the gems could be located in this city; the space stone (the Tesseract), the time stone (in the possession of The Ancient One) and the mind stone (in Loki's staff).

Loki, played by Tom Hiddleston, is quite possibly the most beloved villain in the entire saga. He makes a cameo appearance in this sequence and, (thanks to Ant Man and Iron Man's slip up) in this version of the timeline he manages to escape with the Tesseract, perhaps given the anti-hero the happy ending he definitely does not deserve.

One of funniest moments in the film is when Captain America comes face to face with his 2012 self. The younger Captain begins to fight our present day hero, mistaking him for Loki in disguise, and comes out with his iconic line of, "I could do this all day", to which modern Rogers replies, "Yeah, yeah, I know".

3. The Scene in the Lift

During this mission to New York, Captain America (Chris Evans) is charged with the task of obtaining the mind stone in Loki's sceptre, which the S.H.I.E.L.D agents (or rather, disguised HYDRA agents) are taking back to headquarters. In a scene which recalls one of the most iconic scenes in 'Captain America: The Winter Soldier', the Captain finds himself in a lift with said S.H.I.E.L.D. team.

Instead of confronting the agents in an epic hands-on fight, as he does in 'The Winter Soldier', Steve Rogers simply whispers "Hail Hydra", in order to take the case from the hands of the agent. As well as recalling the scene from (what is arguably) Captain America's best stand-alone film, this moment is also a clear nod to the controversial plot in the comics in which the soldier indeed becomes an agent for HYDRA. 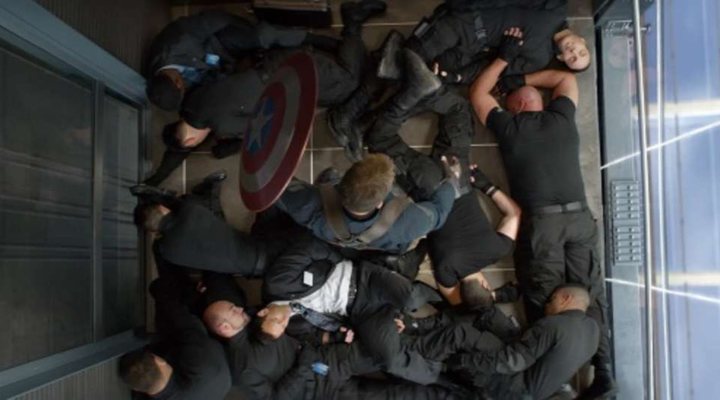 4. The Return to New Jersey

After Tony Stark and Ant Man's failure to obtain the Tesseract in New York, Stark and Rogers travel back to New Jersey in 1970, hoping not only to recover the space stone, but also simultaneously to steal some of the time-travel serum being developed by a young Hank Pym, in order to allow them to return.

This sequence is full of nods to other moments in the universe, beginning with the most obvious: the fact that they return to the very same military base on which Rogers completed his training during 'Captain America: The First Avenger'. Another nod to the hero's origin film is the cameo of Hayley Atwell as Peggy Carter, who Rogers sees through a window, sadly watching her from afar.

The Captain is not the only one with an emotional encounter in this scene; Tony Stark comes face to face with a young version of his father (John Slattery) and finally achieves the closure he always desired.

This leads to what might possibly be the most exciting moment in the entire film, when the heroes are in battle with Thanos and Captain America manages, for the first time ever, to lift the hammer (a clear nod to this happening in the comics, and an acknowledgement of the hero's worthiness as a leader).

6. The Last Cameo of Stan Lee

After the sad passing of Stan Lee in November 2018, his iconic cameos in Marvel films will forever be missed. Luckily we see the comic writing legend one last time in the scene when he drives in his car through the military base. The number plate reads "Nuff said", one of the expressions popularised by said creator of Marvel. 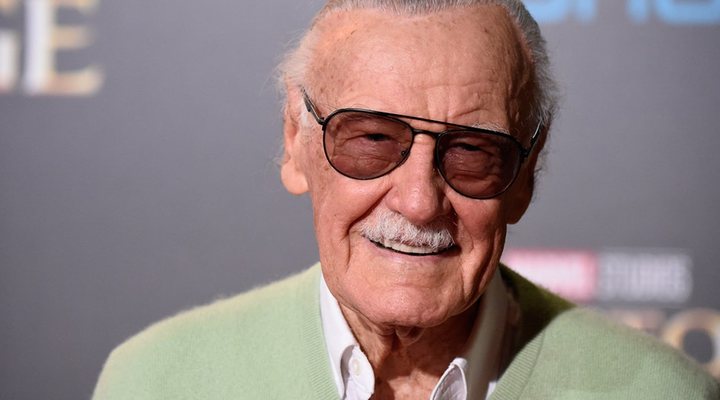 The Russo brothers have certainly made their mark on the MCU, directing a total of four films within the saga and bringing Phase 3 to its end. Joe Russo makes a cameo in this film as the first ever openly gay character in the universe, playing the part of one of the members attending a help-group lead by Steve Rogers in wake of the devastation caused by 'Infinity War'.

Perhaps one of the most empowering scenes in the film is the moment in the final battle in which all of the female heroes unite in one shot to help Captain Marvel (Brie Larson) deliver the glove and all of the infinity gems across the battlefield. Could this be a nod towards the A-Force created in the comics, when all of the heroines united and formed their own fight team? Perhaps we might see something like this in Phase 4. 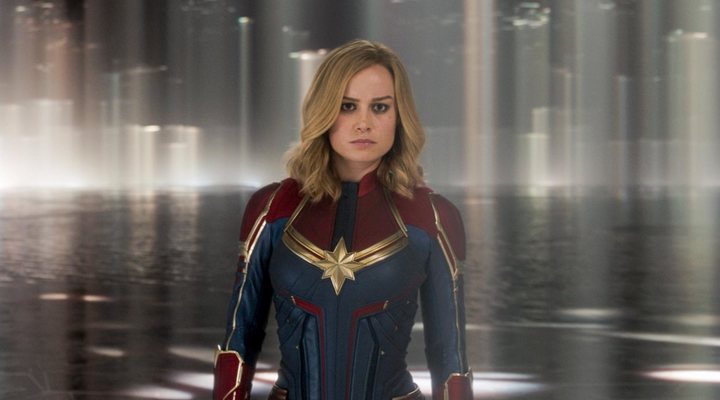 One of the most precious friendships in the MCU has to be that of Clint (Jeremy Renner) and Natasha (Scarlett Johansson). When Black Widow sacrifices herself for the good of humanity, so that Hawkeye can retrieve the soul stone, not a dry eye is left in the cinema. While the two friends are on their mission to find said soul stone, they once again make a reference to Budapest, a mysterious event in the pair's past which was notoriously first mentioned in 'Avengers: Assemble'.

A solo film or series for Black Widow has been on the table for years; perhaps with Disney+ we will discover her origins and finally learn the truth of what happened in this Hungarian capital city.

Falcon, played by Anthony Mackie, first appears in 'Captain America: The Winter Soldier' and there is an emotional tribute to his first encounter with Rogers in the final scene on 'Endgame'. When the pair first met Steve greeted Mackie's character by saying "on your left", and running past him; in the Captain's final scene in 'Endgame', when he is sat on the bench as an old man, Falcon says those same words to Rogers as he sits beside him.

In this scene Rogers also hands over his shield to Falcon, suggesting that he is now to be the new Captain America, a nod to when this happens in the 1991 comics.