'Avengers: Endgame': The Ultimate Fan Tribute and a Hero's Farewell

The writers of 'Avengers: Endgame', Christopher Markus and Stephen McFeely, had no easy task; given that it was possibly the most highly anticipated (and the most secretive) film to date, fans' expectations were through the roof. Not only were the writers faced with the challenge of resolving the endless questions remaining after 'Infinity War', but they also had to bring the decade-long saga of the Marvel Cinematic Universe to a resolution, pay tribute to the legacy of 21 films, and create an epic action film to live up to the hype of the fans and outdo 'Infinity War'.

It might be hard to believe, but the film incredibly lives up to all of the hype and expectations, even to the point of exceeding them all. It is full of action, tension, humour, and moments of heart-wrenching sorrow; you will be pinned to your seat in excitement from start to finish. Not only is the story breathtaking and moving, but the script provides the ultimate fan-service, laden with nods to iconic moments in the saga, and Easter Eggs from comic book canon. It is hard to imagine any fan of Marvel's superheroes not being completely blown away by this feature, which Anthony and Joe Russo directed as flawlessly as they had done with 'Infinity War'.

The six original Avengers, all of whom survived Thanos' snap, are at the centre of the story, thus the whole film feels like a dedicated tribute to the origins of this heroic team. We see them united in their defeat, in the devastating aftermath of 'Infinity War', and their forced confrontation with grief and the despair of own failure adds a profoundly human layer to all of our heroes. However, despite these deeply heartfelt moments (of which there are plenty), the film is also strewn with contrasting moments of comedy (in the best 'Thor: Ragnarok'-style), which, rather than detracting from the weight of the film, instead provide balance and light relief in what could easily have been 3 hours of heartbreak. To describe the film in one word, it would simply be: incredible. It is plot-driven and engrossing throughout, making the lengthy running time utterly inconsequential. However, that is not to say that it is without flaws: while they do not completely detract from the film, there are one or two grey areas in the plot, and some aspects of the story which feel rather neglected.

The main action is set five years after 'Infinity War': Thanos has destroyed the gems and thus the heroes have seemingly no hope of reversing the destruction. It is an interesting concept to have the action set so far into the future, adding a compelling dynamic, becaucse it conveys the extent of the heroes' failure: rather than fighting back immediately, stronger than ever, (as is the case in most superhero films after a defeat) the characters are simply forced to come to terms with the consequences of their own mistakes.

When Ant Man (Paul Rudd) suddenly returns from the Quantum Realm, where he has been trapped, the remaining Avengers are finally given a ray of hope, forming a plan to use the Quantum Realm in order to travel through time back to points in history where they can recover the infinity stones and use them to reverse Thanos' snap. The film is therefore quite literally able to return to some of the most iconic moments in the MCU, paying homage to the saga's history. And, in addition to nods and references to other siginificant moments in the canon, 'Endgame' seemlessly ties together the previous 21 films, creating a satisfying sense of narrative cohesion. 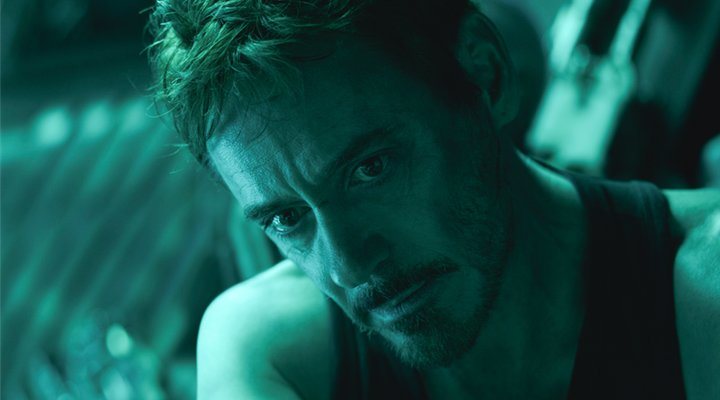 As well as gratifying fans through paying tribute to the best-loved moments in MCU history, the creators also pays close attention to the arc of each of the characters' stories. Iron Man and Captain America have been fan favourites and the leading figures in the group from the very beginning, and in this final film we see both taking centre stage in the plot. For starters, their painful rivalry is finally put aside and their friendship begins to recover. Tony Stark (Robert Downey Jr.) is finally given the chance to live out a quiet (if short-lived) family life with Pepper, at last becoming a father, something about which he has fantasised since 'Iron Man 3'. When Tony and Steve travel to 1970, New Jersey, he comes face to face with his father, Howard Stark, and finally achieves the closure that he has always desired. Almost every aspect of Tony's life is resolved and honoured in 'Endgame', thus when the moment of his heroic (though somewhat anticipated) death arrives, while it is tragic and tear-jerking for everyone in the cinema, the character's journey feels wholly complete.

Similarly, Chris Evans' character is given all of the recognition he deserves, with nods to the hero's past throughout the film. One of the undeniably most exciting moments in the entire feature is when the Captain finally manages to lift Thor's powerful hammer, thus proving once and for all the character's worth and honourability. Marvel fans have been expecting the Captain's death ever since 'Civil War', thus in 'Endgame' it seems inevitable. Instead, however, he is given the ultimate sweet resolution that everyone has always wanted for him, and that nobody dared hope possible, when he travels back to 1940 to have that dance with Peggy and live his life until old age. 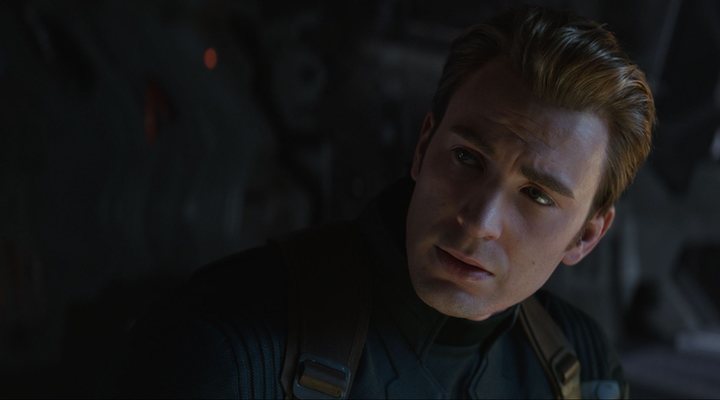 However, it is at this point in the film that the time-travel plot inevitably falls into a black hole, creating a complex grey area in its pseudo-scientific logic. According to the time-travel theory in 'Endgame', changing the past does not affect the present (as travelling back in time transforms the past into the traveller's future); instead, when an event is altered, it creates an alternative timeline. The writers manage to avoid falling into any obvious traps here, as the Avengers retrieve the stones then return them to the exact points at which they were taken in order to make the most minimal impact possible on these alternative timeline realities which they create. (Except for when Iron Man and Ant Man accidentally allow Loki to escape with the Tesseract in New York, which presumably results in an alien invasion...)

The most problematic moment, however, is when the Captain returns as an old man to the present day: if he returned to the past and remained there, then he must have altered history, thus creating a different timeline. He should not, therefore, (according to the logic of the film) be able to return as an old man to the present in this timeline. Although some online resources have attempted to explain the plot anomaly, the film leaves this point unclear, creating doubts regarding the logic of time-travel.

In addition to this apparent oversight in the plot, some of the characters were not treated with the same respect as Tony and Steve. Although Black Widow (Scarlett Johansson) has always played an irreplaceable role in the MCU, as a side character (who definitely deserved her own film) throughout, her death is neglected entirely. While we do see the culmination of the endearing friendship between Natasha and Clint (Jeremy Renner), the noble sacrifice that she makes in order to save everyone and allow Clint to retrieve the soul stone is barely given a moment of recognition. In contrast to Tony's momentous grand funeral, which every character in the entire MCU attends, Natasha is given a few moments of sorrowful mourning, before the story continues without so much as a second glance. While her death and sacrifice may have been necessary for the story, the treatment of her death in contrast to Tony's undermines her enormous self sacrifice and her importance in the MCU. 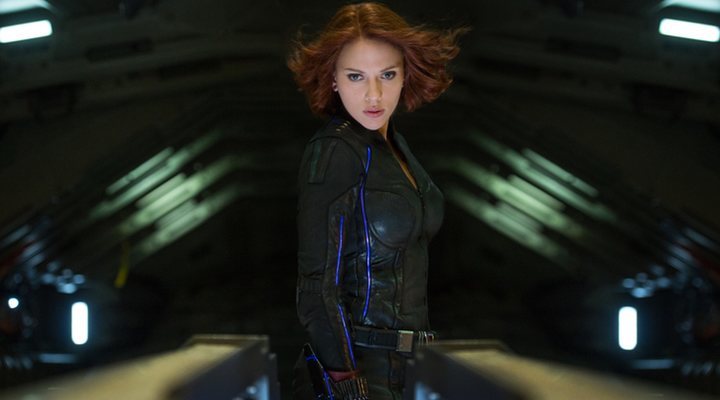 Natasha is not the only wasted female character in the film; Brie Larson's Captain Marvel also felt rather uncomfortably out of place, as if she had simply been included as an afterthought. It was pretty clear that the origin film of 'Captain Marvel' was written after 'Endgame', as the character has no clear personality and never gives so much as an indication to the other Avengers as to her origins, which feels unnatural. Furthermore, rather than making use of this new and potentially exciting female hero, she is instead used as nothing more than a plot device; she appears out of the blue to rescue Tony from space before disappearing until the end, where she is simply a human weapon in battle. Her inclusion in 'Endgame', much like her own film, feels like an after thought or "female hero" box-ticking exercise and the character's potential is entirely wasted. Although there is one empowering shot of all the female heroines uniting on the battlefield, which in the moment in the cinema is exciting to watch, it does not quite undo the lack of acknowledgement given to Natasha nor the way in which Captain Marvel is completely overlooked. Perhaps the female heroes will be given more of a central role in the coming era of Marvel, because in 'Endgame' this was the only aspect which felt truly lacking. 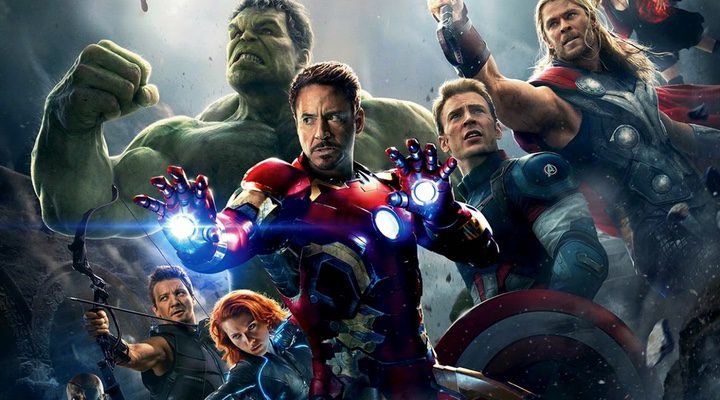 Ultimately, if we look past this negligence of the female heroes and the apparent flaw in time travel logic with Steve, the film's overall success is undeniable. Every second is so filled with action and excitement that these errors only surface upon reflection in hindsight. Holding the audience in the palms of their hands, Anthony and Joe Russo make you laugh, cry, and will leave you with your mouth wide open for the entire length of the feature. Like any good film, the story will stay with you as you leave the cinema, and will never entirely leave you. Overall, the film is one of the best executed and impressive films in the entire MCU. (Although, being a culmination of all the films that have come beforehand, how could it not be such?) It is the ultimate consummation of eleven years of storytelling and gives fans the most satisfying, yet heart-wrenching farewell to their most cherished characters, all while opening the doors to an exciting new era in the comic universe.

The Best: the nods and references to the most iconic moments in MCU canon, creating narrative cohesion and a sense of unity.

The Worst: the lack of respect given to Black Widow, who is one of the most complex and compelling characters in the Marvel Universe.