Ranked: The first original films available on Disney+ from worst to best

Disney+, the streaming platform and the house of mouse's weapon of choice when it comes to dominating the world of on-demand films and series, will launch in the UK on the 24th March. Disney+ boasts more than 500 films, from Disney classics to the entirety of the Skywalker saga, approximately 350 series and 26 originals designed to keep film buffs hooked on their impressively extensive catalogue. 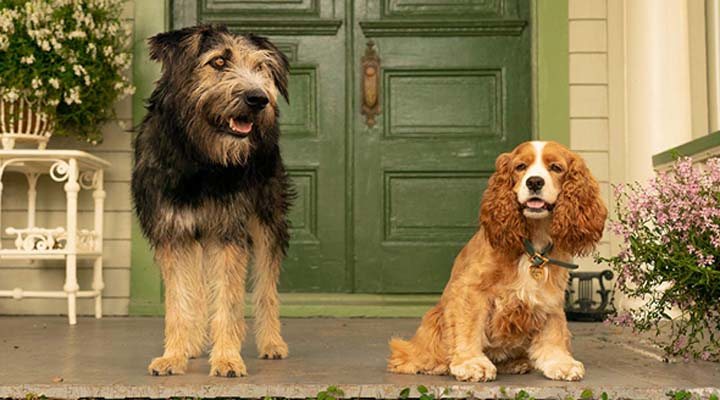 In addition to already established film and television favourites such as the Avengers saga and the 30 seasons of 'The Simpsons', Disney+ has also announced several original films and series designed to prove that their filmmaking credentials can go head to head with streaming titans such as Netflix or Hulu. Having just caught four of these new cinematic offerings - 'Stargirl', 'Lady and the Tramp', 'Timmy Failure: Mistakes Were Made' and 'Togo' - we've prepared this list ranking the first originals to launch on Disney+ from worst to best so that you can get down to preparing your carefully designed watch list for when the platform is released later this month.

Disney+: A Haven for Fans of Disney, Marvel and Original Content

In addition to these four first films to launch on Disney+, the platform is set to release several other films and series in the near future such as the remakes of 'Cheaper by the Dozen' and 'Home Alone', which will star Archie Yates, the young actor who charmed the world with his role in 'Jojo Rabbit', as Kevin McCallister's counterpart.

An annual subscription to Disney+ is currently on offer for £49.99 a year if you sign up before the 23rd March, after which point it will increase to £59.99 a year or £5.99 per month. This package will guarantee you access to a wealth of films, series and originals, many of which are based on beloved franchises, with 'The Mandalorian' offering more stories for fans of the galaxy far, far away and 'High School Musical: The Musical: The Series' set to bop to the top of the watch list of any 2000s kid. You can find our review for the latter here. 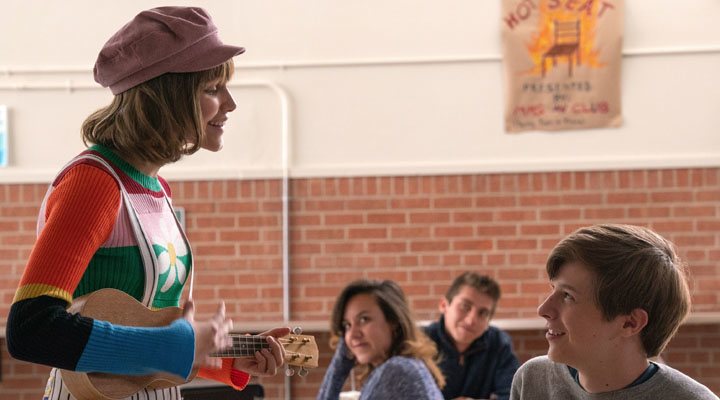 Coming-of-age films are a tricky subgenre to get right, especially considering that in recent years, cinema has seen flit across its screens thousands of stories about the insecurities and vulnerabilities of youth ('The Perks of Being a Wallflower', 'Lady Bird') and of first love and first heartbreak ('Love, Simon', 'Call Me By Your Name'). For a film to make a space for itself within this already saturated market, it has to feel distinctive and fresh, something that 'Stargirl', the on-screen adaptation of the 2000 YA novel by Jerry Spinelli directed by Julia Hart, unfortunately fails in when it comes to saying something new and profound about this intense period of upheaval in one's life.

'Stargirl' revolves around 16-year-old Leo Borlock (Graham Verchere), a high-schooler who wants nothing more than to fit in to the pre-established food chain at his school. That is, until he meets newcomer Stargirl Caraway (Grace VanderWaal), a bohemian-esque girl who immediately becomes a source of fascination to the student body due to her hippie tendencies, quirks and enviable ukulele skills. It is the ukulele that provides some of the more charming moments of the film; Grace VanderWall won 'America's Got Talent' for her talents as a singer-songwriter and musician and, together with Verchere, the two make the most of their musicality to bring charm and energy to this film about the importance of individuality during a time in your life in which all you want is to be a part of the crowd.

Unfortunately, however, the film doesn't manage to fulfil audience expectations of profound coming-of-age stories largely due to the characterisation of Stargirl herself, who is treated more like a tool to aid the development of Leo rather than as a character in her own right. This manic pixie dream girl trope is a familiar formula: a one-dimensional, over-idealised female character triggers the male protagonist's central storyline without ever becoming more than his dream conception of womanhood herself. For a film about individuality, the perpetuation of this stereotype is ironically unoriginal. Add this to a script that attempts to be deep but instead comes off as pretentious and the result is a forgettable film that only deserves a watch for its catchy ukulele numbers.

Who would have thought that one of the most romantic films in the entire Disney canon would be one about two dogs from different sides of the tracks finding love? Anyone who's ever seen the scene in which Tramp gives Lady the last meatball, that's who. Under the direction of Charlie Bean, Tessa Thompson and Justin Theroux deliver wonderful performances as this iconic pair, providing the voices for Lady and Tramp respectively. The emotion, vulnerability and slow descent into love experienced by both characters are amazingly well conveyed just through Thompson and Theroux's diction.

Visually, the film is on another level. 'Lady and the Tramp' is set in New Orleans and the creative team takes full advantage of this famously diverse and vivid city to imbue every shot with colour and distinctive set pieces that will enchant adult viewers as well as the children that are watching this beloved love story for the first time.

Unfortunately, the film comes in third place because it doesn't quite manage to recapture the magic of the original, as is the tendency for most of Disney's live-action remakes. Perhaps this is partially due to how, unlike the voice performances, the live-action performances cannot graduate past one-dimensional status due to a script so sickly-sweet that at times it borders on insincerity. What's more, with the exception of a cute rendition of 'Bella Notte', the soundtrack is largely forgettable, with even the presence of musicians such as Janelle Monáe amongst the cast unable to bring the soundtrack up to the standard that we expect from Disney.

In short, 'Lady and Tramp' is a visual treat that boasts some excellent performances, but it lacks the heart of the original.

When a film begins with the words "based on a true story" before panning out to reveal the expansive, ice-covered landscapes of Alaska whilst one man tears across the snowy lands, determinedly steering a dog sled through the treacherous conditions, you know that you're in for a fascinating tale.

'Togo' is inspired by the events of the 1925 serum run to Nome in which 20 mushers drove their sleds pulled by highly-trained canines over a distance of more than 1000km of barren Alaskan terrain to deliver the much-needed cure for the diphtheria epidemic that was overwhelming the village. Willem Dafoe is masterful in the role of Leonhard Seppala, a musher who, at his wife's behest, agrees to train a badly behaved pup to become part of his sled crew. The bond that is reluctantly forged between Leonhard and this young dog, Togo, is simply beautiful and the audience has the pleasure of watching this connection develop into something profound and almost spiritual that is bound to lead to tears in any animal lover out there.

Director Ericson Core does a wonderful job of portraying the death-defying journey through the awe-inspiring Alaskan terrain through contrasting shots of the huge frozen lakes with close-ups of the stress and concentration on the face of the always superb Dafoe.

The only aspect of the film that seems somewhat unnecessary is its duration. The film is 113 minutes long and the story, which is dotted with several flashbacks, simply cannot sustain the atmosphere of suspense for this length of time, something that could cost the attention of certain viewers.

1 'Timmy Failure: Mistakes Were Made'

We never knew that we needed a film about a deadpan kid who solves crimes in his hometown of Portland alongside his imaginary best friend and business associate, a clumsy and inept polar bear, until we saw this charming film and surprise number-one favourite directed by Tom McCarthy.

Timmy Failure believes that he is destined for greatness despite his less than fortunate name. He simply needs to get his detective agency off the ground by solving the mystery of his classmate's stolen backpack. Winslow Fegley, the 11-year-old actor who plays Timmy, is a star in the making. He delivers every line and deadpan joke with an expert combination of dry humour and impeccable comic timing that rivals that of co-stars Ophelia Lovibond and Kyle Bornheimer, who play Timmy's mother and his mother's new boyfriend with so much heart and warmth that you'll want to call your own dysfunctional family after watching it.

The style of 'Timmy Failure' is also refreshingly intelligent. With Timmy's voice-off to lead us through the story, the film often delves into Timmy's fantasies and daydreams, portraying the hyperactive imagination of a kid with comic-book style sketches and recreations of his misinterpretations of situations (in one scene, his mum's boyfriend offers him a lucky rabbit foot and Timmy imagines a scenario in which this man is a secret rabbit serial killer, for example). Even with this generous helping of humour, the film never loses its heart and explores relevant themes such as the fear of growing older and the pressure to fit in. The whole family, whether you're ninety or nine, will be utterly charmed by the story of Timmy and all the mischief he gets up to.